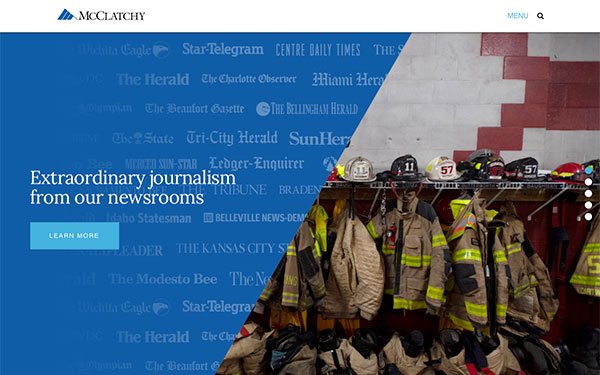 McClatchy is focusing its attention on the power of its opinion journalism to drive subscriptions and engagement across its portfolio of 30 media companies.

“We’re announcing the next steps in creating a single "Opinion" structure that will deliver community-focused, award-worthy journalism and a better return on audience and subscription conversions,” Roberts and Nelson wrote.

The move comes as the company has reported success specifically across its Kansas City and Charlotte, North Carolina, newsrooms.

“Until now, we’ve had a hodge-podge of reporting lines and organizational charts for "Opinion" editors, "Opinion" writers, local columnists and their supervisors. We’re changing that,” Roberts and Nelson wrote.

“Now, we will have a single, functional organization.”

Under the new structure, Nelson will report to Roberts, while all local opinion editors will report to Nelson with a maintained connection to their local newsroom editors.

“Our focus is still on local opinion journalism, but we want to take best practices that work in some markets and bring them to all markets,” Nelson told Publishers Daily.

“All the opinion journalists will still focus intensely on local and state issues, while providing readers with unique commentary they can't find anywhere else. We want to make better use of our collective firepower on the opinion front.”

Nelson added the organization’s editorial boards have gotten smaller over the years, shrinking to one or two opinion writers in many newsrooms. The new structure is meant as way to provide additional support to these small teams.

The push to unify the "Opinion" teams serves another purpose: driving subscriptions, engagement and customer loyalty at McClatchy.

Opinion is consistently one of the top five topics that drive subscriptions at McClatchy papers and is the only non-sports related topic in that group. By offering local, in-depth reporting across "Opinion," Nelson and the McClatchy team believe they have built a network that serves its readership in a meaningful way.

Nelson, who has been with the Kansas City Star for two and a half years, found herself in the position of rebuilding an editorial team that had dwindled over the years when she arrived. She took a new approach to the paper’s existing structure.

Nelson felt the outlet should put the focus on reporting-based journalism in the "Opinion" section.

“In the digital age, we needed to reinvent editorial boards, and we couldn't always do what we’ve done in the past. What worked when we were a more print-focused enterprise doesn’t necessarily work now. So I hired folks with really strong reporting experience for the editorial board,” she said.

“We need to move at the speed of news and to have a digital metabolism on the editorial board.”

Nelson found that when the board starting to adopt the strategy of local, fast-paced, opinion-driven reporting, the stories got better readership, which ultimately grew digital subscriptions. She began talking with other "Opinion" managers across the company about what she saw.

As a strategy, the combined editorial boards look for stories that aren’t on the national stage that readers might encounter elsewhere, meaning no national politics, among other things.

Data and analytics have played an important part in teaching the team which stories work best, which headlines are most effective.

Currently, the organization is in the process of setting clear and measurable goals for everyone as it looks more closely at engagement and subscriptions across newsrooms.

“There's still a very mission-driven and public-service element to editorial boards. We want to be able to say we're having an impact in our communities,” said Nelson. “But we also need to look at the readership, analytics and digital subscriptions to measure success.”