Why Former iProspect CEO Stepped In As 3Q Digital President 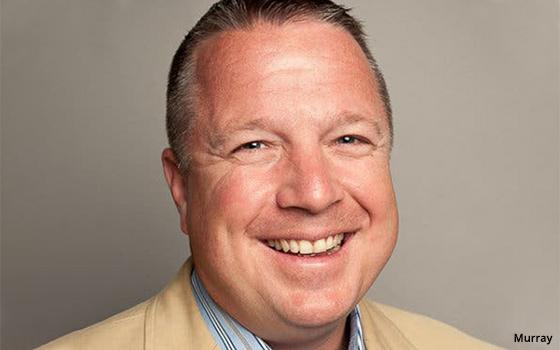 Rob Murray, former global CEO of iProspect, joined 3Q Digital as president to lead the agency through its next stage of growth.

Murray, who reports to David Rodnitzky, CEO and founder, oversees 3Q's global operations. And while the company is based in Silicon Valley, it opened offices in Dublin and Singapore in June 2019, following a growth investment round from PSP Capital and Erie Street Capital.

Murray predates paid search. There was only search engine optimization at the time he entered the online advertising industry. “I was there when GoTo became Overture, and Overture became Yahoo,” he said. “When I was at iProspect we were one of the first to coin the term 'performance marketing,' and that was back in 2008. The premise was that the client gives you $1 and you need to give them back $1.50 to $3.”

Murray believes the industry is moving into the next evolution of online advertising, and it’s not just about optimizing solely for performance -- it’s about enabling brands for growth and market share.

Murray led iProspect from about 1999 through 2013, from its inception to its transformation into a global performance marketing agency with more than 1,700 employees in 55 offices across 40 countries.

Search Marketing Daily caught up with Murray to talk about his new role, the industry, and challenges. Excerpts from the conversation follow.

Search Marketing Daily: Are there similarities between iProspect and 3Q Digital?

Rob Murray:  It’s funny. There's a ton of similarities. David was attracted to someone like me because, well, I’m not old, but I’ve seen and experienced a lot of things. People haven’t changed, but there are added complexities with how the publishing networks work. And there’s a lot more consolidation, so it’s a bit of a double-edged sword.

Search Marketing Daily: What’s the best piece of advice you ever received and from whom?

Murray:  When I facilitated the sale of iProspect to Aegis, the woman running Aegis North America, Sara Fay, had a unique view on the world. She has a calming influence. When things would get crazy she would tell me ‘tomorrow’s another day’ and ‘don’t take yourself too seriously.’ If you have a good or bad day, absorb it and move on. She was and still is an amazing mentor to me.

Search Marketing Daily:  Did you think while growing up you would become a president of a company, or did you have other plans?

Murray:  When I think back to high school, I thought about being a teacher. I had an amazing history teacher and thought it would be great to help people develop their minds. I didn’t know it at the time, but my father was a very successful businessman. He had a 35-year career at Gillette and then went on to run other companies. We moved around a lot in Europe. I guess you inherit certain things whether you like it or not. I feel fortunate to have received some of the traits and qualities from him.

Search Marketing Daily:  What is the last book you read and how does it parallel your career?

Murray:  First Break All The Rules, which has been around for a while. It’s about what the world’s greatest managers do differently. The basic premise is that every employee wants to be good at their job, but not every job is right for every employee at a set point in time. Both evolve. As the company evolves, some will evolve and some won’t. You need to make sure people are in the correct roles at the specific time in the evolution of the company.

Search Marketing Daily: You’ve been in the industry for so long -- is it time for government to regulate online advertising?

Murray:  I was there when Yahoo had 65% share in search and no one had a problem with it. Then Google built a better mousetrap and now they have more than 65% share. Yahoo let them take it. Now, all of a sudden, people have a problem with Google. We should let market forces dictate consumers’ decisions.

Microsoft had an opportunity to get into search more broadly. I think they realize they lost the war a long time ago. They could have done a better job, but now they own the gaming world.

Search Marketing Daily:  What do you plan to change about 3Q Digital in the coming year?

Murray:   I put my press release out yesterday on LinkedIn. People ask "What is 3Q?" It’s almost like they’re the best-kept secret. If they’re in Silicon Valley they know us, but if they’re not they don’t. I’m going to fix that.