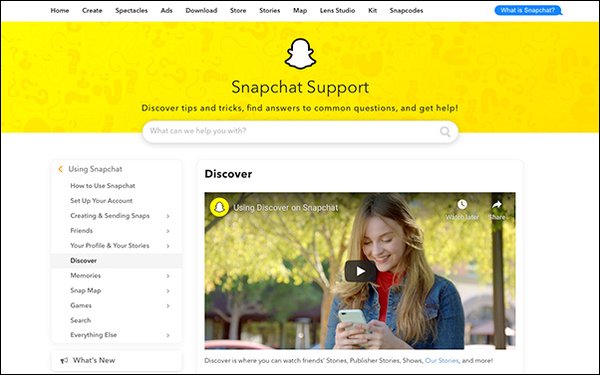 Snapchat’s parent company is in talks with publishers to add a dedicated news tab to its Discover channel, where partners create and distribute daily content optimized for mobile.

According to The Information, which first reported the news, Snap wants the feature to go live next year.

Facebook announced just a few weeks ago that it is hiring a small team of journalists to select stories for its News Tab, a new section in the mobile app that will be separate from the Facebook news feed.

Facebook will start testing this section later this year.

Snap redesigned the Discover tab in 2018 to separate publisher content. The company has partnerships with dozens of publishers, ranging from Refinery29 to The Washington Post.

Right now, a user can scroll through Discover and see hard news next to celebrity gossip.

CEO Evan Spiegel has previously said the experience is similar to walking in a supermarket “without the aisles labeled."

Some media companies have had success in Discover: NBC News’ "Stay Tuned" show has tens of millions of viewers.

Others have not: CNN cancelled its daily news show on the platform in 2017, because it wasn’t making any money.

Snap stock lost about two-thirds of its value by the end of last year. But things are looking up for the company: Stock rose 189% year-to-date, after a redesign and a relaunch of its Android app.

Earlier this summer, Snapchat tested a dedicated section for shows created by influencers and celebrities, separate from the main Discover page and other publisher content.