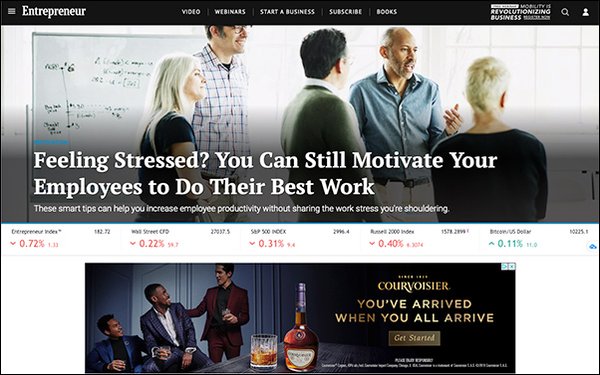 Entrepreneur was able to increase its ROI 11x (or 1094%), two months after adopting Permutive as its data management platform and improving its audience targeting.

Entrepreneur found it could not target about 60% of its 14 million unique users. The DMP it was using could not target users in real-time, so it was missing “passer-by” users, or those that came to the site briefly or infrequently, usually from search.

The publisher could not see or activate this audience for its own promotion and marketing, or provide audience-targeted media packages for advertisers.

Entrepreneur was also struggling to effectively target its audience on browsers that block third-party cookies, like Safari and Firefox.

The publisher says this led to the loss of an additional proportion of their audience — up to nearly 30%.

Permutive does not rely on third-party cookies, but is built around publishers’ first-party data.

“You are artificially capping your revenue at 20% if you can only target 20% of your audience,” Kristy Schafer, Permutive's vice president of Americas, said in a webinar.

During a trial with Permutive, Entrepreneur found it could increase its targetable inventory 7.6x over its previous DMP. For example, one campaign that had been pacing behind at 50% on its old DMP rose to 80%.

Entrepreneur says it can now target 100% of its audience using the new DMP.