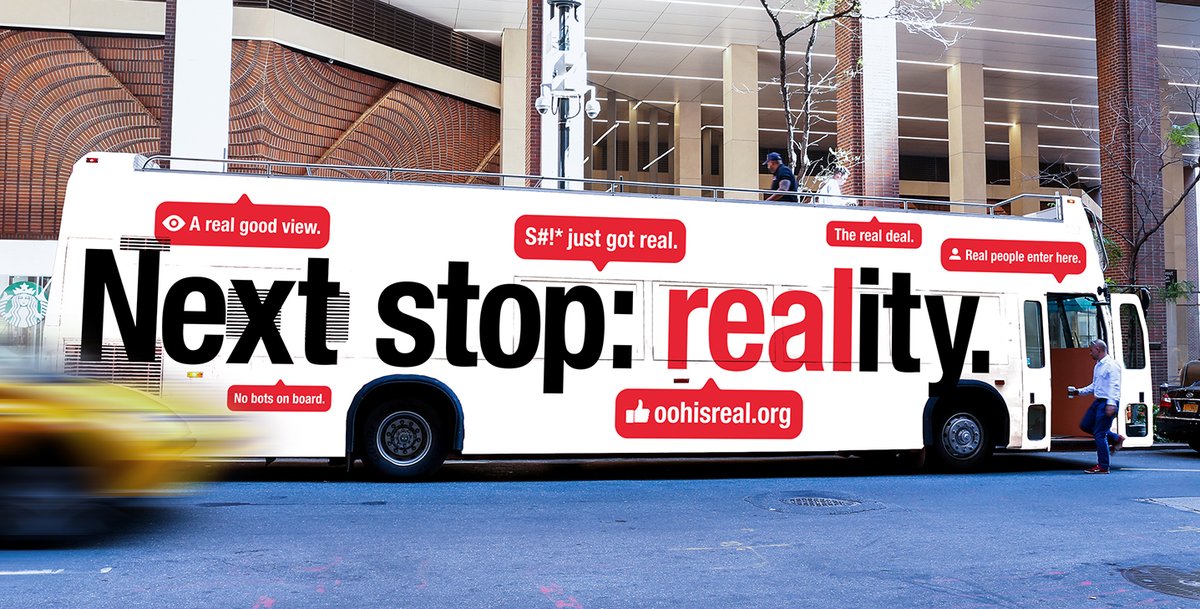 During a week in which a higher-than-usual amount of ad execs will be walking the streets of New York City, the out-of-home media industry will make sure they take notice via a trade campaign in high-visibility locations around the Big Apple.

Using the theme “OOH is Real,” the campaign will hyper-target ad execs and media planners and buyers with placements at or near major Advertising Week event locations, even when they are on the go. 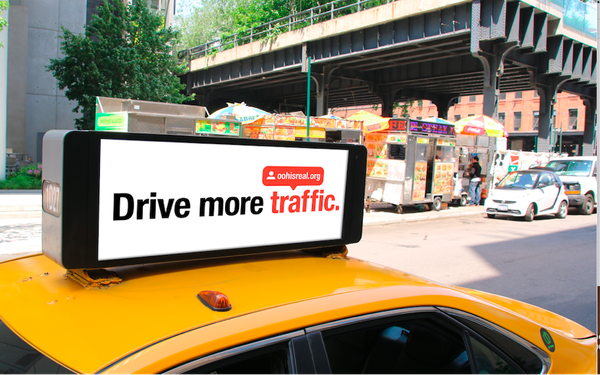