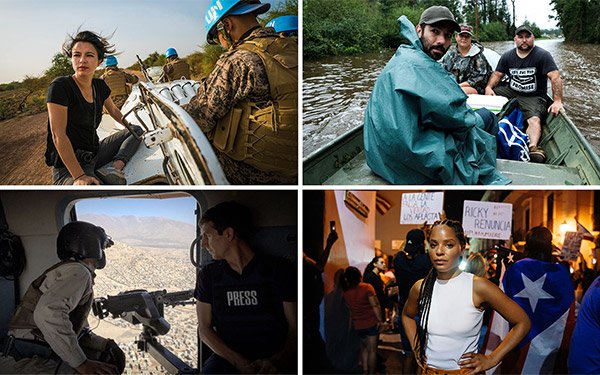 After receiving the most Emmy nominations -- 19 -- for a nightly newscast earlier this summer, “Vice News Tonight” took home five of the awards for News and Documentary.

Vice News will also partner with Showtime Networks to bring the brand’s weekly newsmagazine “Vice” back to television in spring of 2020 for 13 episodes. Vice News will produce the series for Showtime, Deadline reports.

The Emmys were tied to "Vice News Tonight" coverage of Yemen’s humanitarian crisis, Trump’s family separation immigration policy and the aftermath of ISIS in Mosul.

The wins make “Vice New Tonight” the most-awarded nightly newscast for the second consecutive year. The show has aired for three years.

To date, “Vice News Tonight” has been nominated for 33 awards and taken home 10.

Earlier this year, “Vice News Tonight” announced its partnership with HBO was coming to an end as the cable network canceled the show. The cancellation marked the end of a seven-year collaboration between Vice News and HBO.

Viceland and Vice News are merging under a new configuration at the company that has led to an expansion of the news division. This year, the D.C. bureau grew by over 50%.

“Vice” has been nominated for 12 prime time Emmy awards over six seasons, winning two. “Vice,” like “Vice News Tonight,” appeared on HBO, but was eventually canceled.