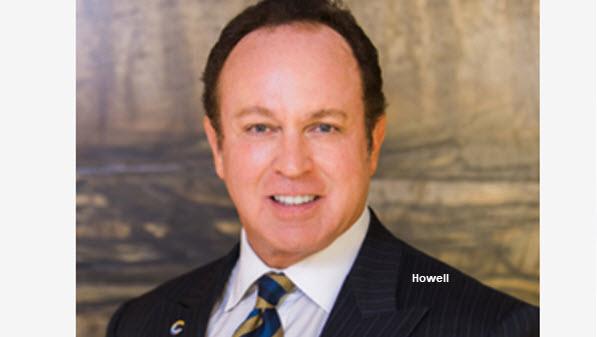 Local television’s shift from using traditional ratings points to using viewer impressions — the CPM method — for advertising selling sales and negotiations is picking up some steam.

Two weeks ago, NBCUniversal Owned Television Stations Chief Revenue Officer and President Frank Comerford announced that all of the division’s NBC and Telemundo stations were making that change, effective immediately.

Hearst Television was the first to announce it was going in this direction, and CBS Television Stations has said that it's already working with clients using CPM modeling.

Now, Gray Television has confirmed that it plans to do the same.

“We’re committing to use total audience impressions across all of our markets,” said Hilton Howell, Jr., executive chairman and CEO of Gray, in accepting his award as B&C Broadcaster of the Year during today’s TVB Forward conference in New York City.

“We truly agree with [Comerford’s] comments that this is a ‘total game changer’ for local TV, and the quicker we all get there, the better it’s going to be,” Howell said, sparking a round of applause.

Howell did not reveal the timing of the shift, or any other specifics, during his acceptance speech.

However, switching topics, he urged the local broadcasting industry to invest in and protect the credibility of local news.

“Local news has always been viewed as the number one trusted source of information, and it still is,” he said. “We have a responsibility to keep that a reality for viewers for many generations to come, however and wherever they are getting their news.

“Local news doesn’t just mean what we present during our morning and evening newscasts,” Howell continued. “It encompasses how and why we are expanding in areas like digital delivery, on social networks and very importantly, what we as local broadcasters are doing to ensure that the next generation of journalists get the resources and training that they need to deliver honest, accurate local content.

“Most important to us at Gray Television is to know we are above all else the voice of each of our individual communities.  We are determined to keep our stations autonomous and refuse to dictate to them what is most important to their local audiences. They know better than anyone else”…

Gray Television owns and/or operates TV stations and digital properties in 93 markets, including the number one-rated station in 68 markets, and some 150 affiliates of the CBS, NBC, ABC and Fox networks, according to the company. The stations cover about 24% of U.S. television households. The company also owns video program production, marketing and digital businesses, including Raycom Sports, Tupelo-Raycom and RTM Studios.