Despite Pledges By The Industry, Adland Isn't Becoming More Diverse 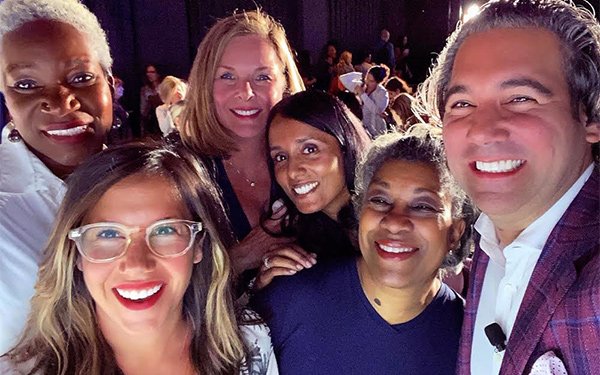 Although the advertising, media and tech industry has eagerly made pledges and commitments towards diversifying its workforce, #Inclusive100, an initiative launched by She Runs It and Diversity Best Practices (DBP), reports the second year’s numbers tracking their diversity progress are actually trending down.

The findings, discussed during Thursday's "Gender Parity, It’s Complicated" panel at Advertising Week in New York City indicate the workforce is relatively gender-balanced overall (49% female/51% male), but the number of women declines with every level of seniority. At the highest corporate level, women hold only 29% of executive positions while men hold 71%.

For people of color, there is a problem at every career level. From entry-level, Black, Latino and Asian employees represent less than 20% of the workforce. And the figure drops to less than 5% of the C-Suite. The only exception is a slight uptick in the number of Asian women at entry level and throughout career stages.

Goal setting at the management level is also critical, as is holding managers accountable to diversity and inclusion performance. Only 14% of managers in the advertising, media and tech industry are currently held accountable to D&I numbers, while 75% of the companies make D&I performance part of a performance compensation model.

Ultimately, numbers are just symbols without solid movement and understanding. The very purpose of the #Inclusive100 consortium of 23 companies is to finally use hard data to measure and compare the diversity and inclusive (D&I) progress to brand marketers.