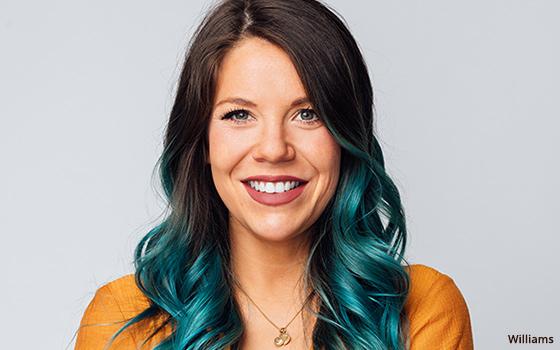 Hannah Williams has been promoted to executive producer of BuzzFeed’s food network Tasty. Williams takes over for Ashley McCullum, who served as general manager-vice president of Tastybefore leaving the company in June.

Adweek reports BuzzFeed views this new role as speaking to the business side of Tasty, while remaining “rooted in creativity.”

Williams, who appears in BuzzFeed's video series “Wine Mom” and “Mom in Progress,” has been with the company for four years. During that time, she has led the Tasty creative team, leading to revenue in the eight figures.

As executive producer of Tasty, Williams told Adweek she plans to continue working with brands and to innovate on partnering opportunities through licensing and marketing, citing Tasty’s work with McCormick.

Williams told Adweek: “I think [by] providing centralized leadership across edit and branded content, we can encourage more collaboration and better communication in shared learning." She noted it will "not only help spark innovation and creativity for our audience," but create "awesome new content for our ad partners.”

Separately, Fortune announced a slew of new hires this week as it expands operations. In all, Fortune EIC Clifton Leaf announced in an internal email that 12 new journalists have been added to his worldwide team.

Notably, Rachel Schallom joins the title as its deputy digital editor. Schallom was most recently a managing editor at Vice. She has also served as newsroom project manager at The Wall Street Journal and worked at Fusion, the Sun-Sentinel, Los Angeles Times and Huntsville Times.

Fortune, acquired by Meredith in its Time Inc. deal, was sold to businessman Chatchaval Jiaravanon last year in a $150 million cash deal.

“Our vision is to establish Fortune as the world’s leading business media brand, with an always-on reach and global relevance:” Jiarovenon stated at the time of the sale.