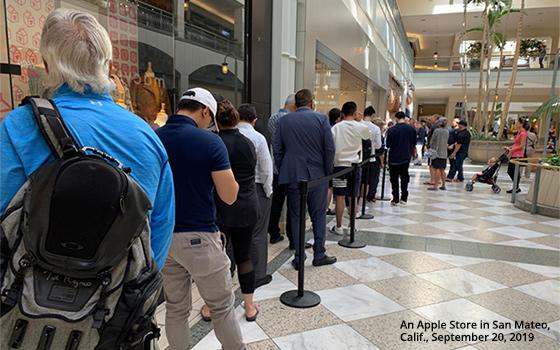 Under the current reign of Tim Cook, critics say Apple has lost its ability to stir high-pitched fanaticism among consumers. True or not, the company that Steve Jobs built can still create some excitement around the launch of a new iPhone.

That’s according to a just-released report from Simpli.fi, which used its geo-fencing technology to see how shoppers responded to the release of the iPhone 11 and iPhone 11 Pro earlier this month.

Across national markets, however, a majority of shoppers still seem to prefer the excitement of launch days.

Indeed, every one of the 30 Apple stores and carrier stores tracked by Simpli.fi reported higher foot traffic on the phones’ release day compared to the following day.

Although Apples stores continue to attract the majority of early adopters on iPhone release days, local carrier stores still enjoy something of a halo effect.

The most popular carriers also seem to vary by market, Simpli.fi found.

As for the East Coast, Simpli.fi found mixed results among those consumers who preferred to purchase their latest iPhone from a local carrier store.