Xaxis' Bidon: 'We Have Forgotten The Creative Side'

At a time when Madison Avenue’s technology and data platforms appear to be under siege from regulators, advocacy groups and sometimes even their own clients (seeking better transparency), one of the pioneers is shifting from simply using data to identify and target people to finding the right messages to target them with.

“We have forgotten the creative side of it,” Nicolas Bidon, global CEO of WPP’s Xaxis unit, told me during a meet-up during Advertising Week in New York City next week.

Part of the shift to creative is due to the fact that ad-technology platforms have essentially approached peak optimization in terms of audience targeting, which itself is contributing to backlash from consumers and regulators. But the bigger part is that agencies have failed to live up to Xaxis' underlying mission: “making ads welcome.”

At a time when it’s easier than ever for consumers to bypass or block digital ads altogether, Bidon said Xaxis' refocus on creative is intended to make great creative something consumers want, or maybe even seek out.

To do that, he says Xaxis has begun reaching out to its sister creative units inside WPP, including some of the biggest crafters of the “bid idea” -- agencies like Ogilvy, JWT, Grey, etc. -- to help them translate their big ideas “into something that will make consumers talk about it the next day.”

Watch for a shift from a hyper focus on technology plays (you know, things like header bidding and algorithms) to what actually connects a consumer with the message and the spirit of a brand.

Bidon said the project is in its earliest stages and could not go into detail, although he did characterize it as being more “aspirational” right now than a formal restructuring or integration of WPP’s operating units.

He did say that the goal is to go beyond trite concepts of “dynamic creative optimization” -- the process of creating lots of versions of an ad and letting algorithms parse them to the right user in the right place at the right time -- to focusing more on the back-end of optimizing big ideas once a creative team has executed one.

“The only way to make it happen is not about a big announcement,” he said, adding, “It’s about finding joint customers and pulling our teams together around those customers so we can cut through the clutter.

Bidon said Xaxis ultimately would like to take the concept to agencies and clients not affiliated with WPP shops, but that the initial focus will be strictly internal.

“We have the assets at WPP to do that, so let’s start there.” 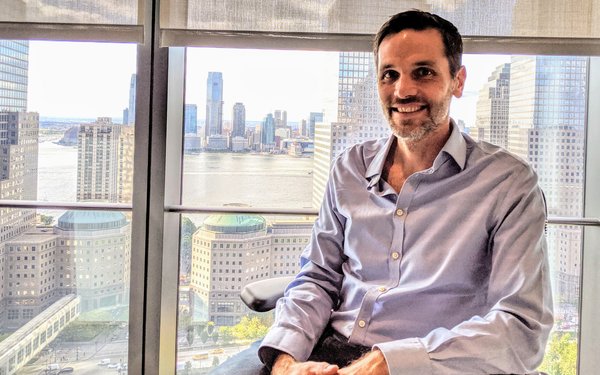 ad targeting, advertising, agency, creative, data management, digital, search
1 comment about "Xaxis' Bidon: 'We Have Forgotten The Creative Side'".
Check to receive email when comments are posted.
Next story loading