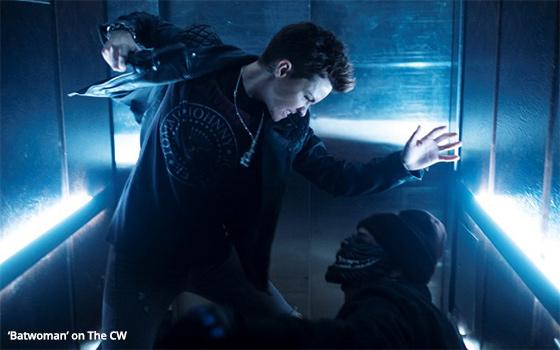 In a world where gender identification is fluid, to say the least, the very title of The CW’s new “Batwoman” feels old-fashioned.

In this new hour-long drama premiering this coming Sunday night (Oct. 6), the title character is played by Ruby Rose, 33, an Australian model and actress who identifies as “gender neutral,” according to various online sources.

At the very least, the actress is proudly androgynous. And so is the character she is playing, who also happens to be a lesbian. She is a complicated character.

Perhaps “Batwoman” was chosen as a title because of its simplicity. Maybe the creators of this show just said to themselves after a period of trying to encompass her complexities in a one- or two-word title: “OK, let's just call it ‘Batwoman’ and get on with it.”

The title does represent a step up, one might say, from Batgirl, which for decades was the name given to this female offshoot of the Batman comic-book, TV and movie universe. “Woman” does sound better than “Girl” when referring to a person who is legally an adult and not a child.

In this CW “Batwoman” series, she is certainly grown up. She has a complicated backstory characterized by tragedy, unrequited love and family ties that are in various stages of fraying. Oh, and throughout the series premiere, she wears an ultra-cool Ramones t-shirt. Gabba gabba hey.

The show does not lack for action scenes that crop up periodically in which Batwoman -- real name: Kate Kane -- takes on a succession of anonymous, masked bad guys with hand-to-hand combat skills she learned while training in some sort of special-forces or military environment earlier in her adult life.

As happens often in TV shows of this type, the choreographed fighting is not entirely persuasive in convincing the rest of us that she possesses the physical strength or size necessary to actually win these one-on-one confrontations.

But fans of comic-book hero (and heroine) movies and TV shows always seem willing to suspend this disbelief in favor of accepting these scenarios and storylines on their face value. Not so with TV critics, unfortunately.

For critics, or anyone else who is not as enamored with superhero fare as those who are, “Batwoman” is another in a long line of TV shows that depict a world that grows drearier with every new series that comes along.

In the “Batman” universe in particular, fictional Gotham City is almost always a grim metropolis on the verge of a takeover by insane super-criminals. This is no less true in this new Gotham City (which looks a lot like Chicago),

In “Batwoman,” the city is under siege and Batman has apparently been AWOL for three years. In the series premiere of “Batwoman,” our heroine steps into the breach and even has his Batman suit altered to fit her.

Not to sound like a broken record, since I have written this before about numerous other shows, but this show, like so many others like it, is entirely cheerless. No minor or occasional lapses into humor were evident in the series premiere. Smiles ranged from rare to nonexistent. No one laughed, except for the supervillain, and her laughter doesn't count because it is meant to be diabolical.

Death, destruction, tragedy and peril -- this is what passes for entertainment in “Batwoman.” To which I must ask -- again: Where is the fun in that?