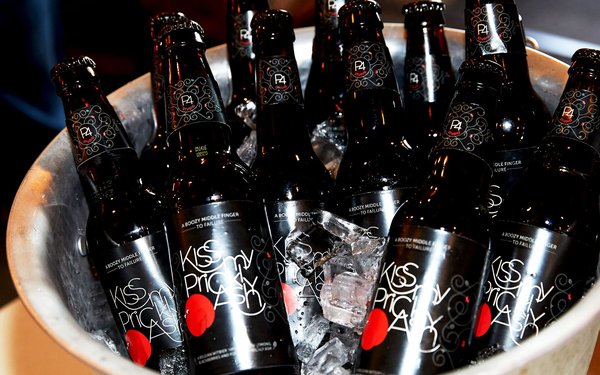 The agency brew fest, themed "Full Pints for Half Pints," was organized by employee volunteers, including the Periscope culture club and a separate team designated to work on Make A Wish initiatives.

Result: The creation of eleven one-of-a-kind home brews, both alcoholic and nonalcoholic, supported with original branding, naming and packaging.

The beers competed in an agencywide taste test with staffers bidding on their favorites. Proceeds went to Make-A-Wish.

First prize in the alcoholic category went to a concoction called Coconut Vanilla Milkshake IPA  -- while Kiss My Prickly Ash, which contains plants discovered outside Periscope’s photo studios and which allegedly numb the mouth, was the runner-up.

In the nonalcoholic category, Fillmore Kombucha came in first. The brew is named after designer and creative strategist Kayla Fay’s rescue dog who frequents the pet-friendly agency.

“With an agency mission to ‘do things people love,’ we let our hearts be our compass,” says Liz Ross, CEO, Periscope, and Make-A-Wish board member. “We loved supporting Make-A-Wish in this way because it brought together the best of what we are — creative, inventive and love-inspiring.”

"What made it even more exciting this year was that we then leveraged our employee's talents to give each homemade brew a name, a brand design and unique messaging. I guess even our hobbies involve some geeking out on marketing," added an agency spokesperson.

Periscope has been a big supporter of Make A Wish for years. In 2018 the agency's "Brewing Good" themed brew fest also raised money for the group, and its production team has also at times developed content for the Minnesota foundation's use at regional events.