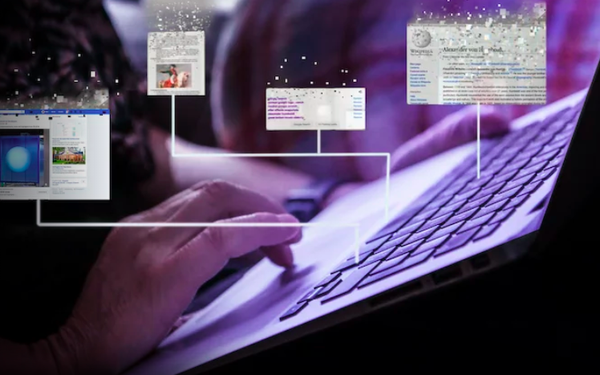 The hit Netflix movie titled “The Great Hack” is what happens when people with no media research experience make a movie about ad targeting.  It would have been better named -- “The Great Assumption.”  It is based on the underlying assumption that:

The problem with the film is that it is based on speculation and does not include any attribution research or evidence that proves that data caused the Trump and Brexit campaigns to win.

There is a dearth of good media return on investment (ROI) data in the political category in general.  There is no matching of exposure data to outcomes -- e.g., exit surveys for voting behavior or geo-location data for visitation at voting locations -- as is available and widely used in the commercial space.

“The Great Hack” movie does a fantastic job of maximizing the general public’s paranoia about data.

In the commercial world, media researchers are able to passively and electronically identify large numbers of homes exposed to advertising via tagging, device IDs and automatic content recognition (ACR) technology.  Once identified, these homes may be directly matched to passively and electronically collected purchase or geo-location data to determine conversion rates and uplift. There is no modeling or estimation, they know which homes or devices were exposed to ads and which of them is associated with people who purchased the advertised product or went to the store where the product is sold.

This type of attribution research does not exist in the political category.  In politics, once the election is over everyone packs up and moves on to the next thing.  The available money is all spent on the execution of the advertising. Post analytics are an afterthought.  If the candidate wins, the work is considered successful.

Let’s for a moment look at the 2016 presidential election (see "The Media Math Behind Russian Meddling"), Hillary Clinton’s campaign spent 1.4 times more money on paid advertising than the Trump side including Russian interference ad spend.  This paid advertising would have also been data driven. Therefore, if data were the deciding factor: Why did Hillary lose?

There were many contributing factors to Trump’s campaign win in addition to advertising and earned media.  There was also the Comey investigation and the FBI’s announcement only days before the election that it was looking into newly discovered Clinton e-mails that were sent from her private e-mail account.

The idea that CA worked for Trump and pitched Brexit; at one time had access to Facebook data; and the campaigns happened to win, is not as they say in research – “sufficient cause.”

It is also known that the impetus for CA as a start-up company was to use Facebook likes to segment the U.S. population based on a personality framework called OCEAN.  The company purchased this data from a data analytics company called GSR. As it turned out, GSR did not have the right to sell that data and CA was asked by Facebook to delete it.

Whether the Facebook data was deleted or not is of little consequence.

In practice, the personality segments were not able to beat Facebook’s regular ad targeting tools.  As good as CA’s data and data scientists were, it’s hard to beat Facebook at its own game. Facebook has full access to its own data and can buy as much or more data science, engineering and / or developer talent as any company or billionaire in the industry.  Facebook and its associated tools were available to both the Clinton and Trump sides for use in their campaigns.

The use of personality segmentation has value for marketers based on academic research; however, its use is not perfected for real world advertising applications.  For example, in TV the TV set top box and smart TV data are based on the household or the device in the home and the personality data is based on the individual. As a result, CA could target a group of individuals in a list of homes but could not be certain the ad was watched by the right person.  This did much to dilute any effect. CA was working to improve the method.

This not to say that the work that CA did had no value, it is to say that the data-driven ad targeting value it provided was not due to the use of Facebook likes or personality segmentation.

The purpose of using personality segmentation is to nuance the creative messaging that is sent to target homes / devices.  Ad targeting to target homes; e.g., those homes with people who are in the market for a particular product – provides an enormous ROI increase with or without the additional personalized messaging.

The idea that Chris Wylie’s work for CA with Facebook and GSR won the election has zero merit.  It did nothing to help Trump get elected. It wasn’t even used by the Trump campaign. It might have been used by the Make America Number One super PAC.  Although, that super PAC’s ad spend was small relative to all the other money spent by other campaigns.

Based on the numbers, while not causal, it appears that Trump’s ability to generate free earned media coverage probably had as much if not more to do with him winning the election than did data-driven advertising or any of the other factors.  Politicians use of media to win elections is as old as time. Democracy is not broken by data as The Great Hack documentary implies.  Data-driven advertising is part of the evolution of modern-day political campaign tools that are used by both sides as they compete to win elections.

*Ed DeNicola is a former head of TV at Cambridge Analytica.  He started his career working for a cable TV network, spent almost 20 years at The Nielsen Company and learned TV ad targeting from the company that invented it (TiVo Research).  He is currently working to make TV shoppable.
2 comments about "'The Great Hack's' Great Assumption".
Check to receive email when comments are posted.
Read more comments >
Next story loading