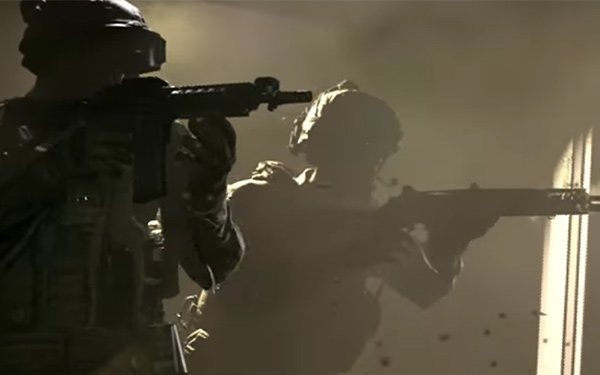 Whatever complicated relationship Donald Trump and the United States have with Russia, Sony's PlayStation Store seems to have decided it doesn't want to get involved.

The official “Call of Duty” Russian Twitter account on Tuesday said Sony's PlayStation online store will not sell Activision's “Call of Duty: Modern Warfare,” the newest in that blockbuster series that will be released on Friday. But the game will be available on other platforms in that country.

It could be that Sony doesn't want to have much to do with “Modern Warfare” because, although it is set in modern times, it imagines a Cold War-like Russia in bloody combat. In this game, Russia occupies the fictional Urzikstan, but a liberation force led by Farah Amhed Karim and her brother fight them and a terrorist group that is also active there.

“Labeled a terrorist organization by the Russian government for their long-standing resistance, Russian soldiers are ordered to make no distinction between the terror group Al-Qatala and the liberation fighters under Farah's command,” an Activision blog explains. “AQ terrorists pursue Farah and the ULF with a mandate to kill. Farah's worldview draws a sharp line of demarcation between herself and the enemy. “The enemy has come where they are not welcomed and taken what is not theirs,” [she says].

Activision's tweet, translated from Russian, reads: 'Call of Duty: Modern Warfare' is a fictional game that has been thoughtfully created to entertain fans and tell a compelling narrative. Sony Interactive Entertainment has decided not to sell Modern Warfare on the PlayStation Store in Russia at this time. We look forward to launching 'Modern Warfare' digitally in Russia on 25 October on PC via Battle.net and on console via Xbox."

Sony confirmed the decision is a statement to the industry website, GameIndustry.biz. It has cancelled pre-orders and will make refunds to early buyers, but apparently sales of physical copies of the game will still be on the market.

Microsoft's Xbox will sell the game as planned.

The website VG 24/7, which has seen the game, says: “Of course, there is reasonable cause for anyone to be iffy about selling Modern Warfare in Russia,” and says Russians are depicted “as cold-war era baddies with suitably Soviet moustaches to twirl.”

But previous versions have painted Russians as villains and have been sold there, so Sony's reluctance to make this new version fully available there raises questions. Since Sony is not talking, a definitive explanation is hard to come by.