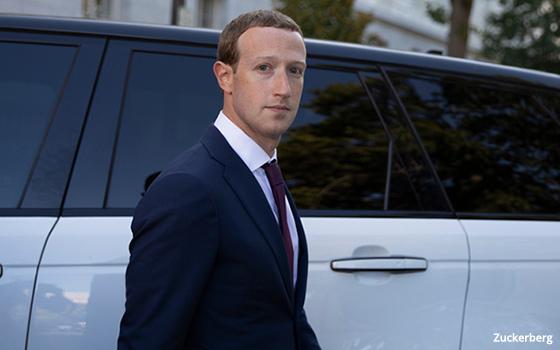 Facebook has agreed to pay a $643,000 fine in the United Kingdom to settle an investigation into data harvesting by defunct political firm Cambridge Analytica, UK regulators announced Wednesday.

“Protection of personal information and personal privacy is of fundamental importance, not only for the rights of individuals, but also as we now know, for the preservation of a strong democracy,” James Dipple-Johnstone, deputy commissioner with the Information Commissioner's Office, stated Wednesday.

The settlement brings an end to a probe started by the Information Commissioner's Office in 2017, shortly after it emerged that Cambridge Analytica obtained personal information of up to 87 million Facebook users. The consultancy reportedly obtained the data from researcher Aleksandr Kogan, who gleaned the information in 2014 through the personality-quiz app "thisisyourdigitallife," according to reports. Only 270,000 Facebook users downloaded Kogan's app, but he was able to gather data for millions of those people's contacts.

Last October, the UK data regulators fined Facebook around $643,000 -- the maximum allowed. Facebook initially appealed that decision, but agreed on Wednesday to drop the appeal. The company didn't admit wrongdoing.

The company, which recently agreed to pay $5 billion to resolve a Federal Trade Commission privacy investigation, has consistently argued that it didn't violate people's privacy by allowing the data transfers. Facebook contends that its prior terms of service and privacy policies allowed it to transfer people's data to outside developers, unless users affirmatively adjusted their privacy settings.

But the UK Information Commissioner's Office rejected that position last year, writing that it was “unfair” for Facebook to allow developers to “collect extensive personal data” from people, without giving people more information about the data requested, and the opportunity to consent.

Facebook “ought to have ensured that, before access to such personal data took place, the Facebook user: was informed that the app wished to access such personal data; was told what data was sought, and how it would be used; and was given the opportunity to give or withhold their consent,” the authorities wrote.