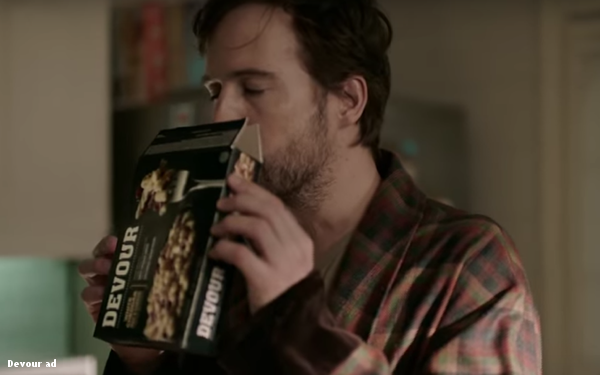 Unilever’s Dollar Shave Club and Kraft Heinz created ads for the site that are now discontinued, according to a report by The Sunday Times of London picked up by other media outlets.

The Shave Club banner ad, run earlier this year, said, "If you use our bathroom products, you won’t have to visit this site as much." Though it is mainly known for its mail-order razor and blades, Shave Club also sells a variety of men’s grooming lotions and wipes, including One Wipe Charlies, which the company frankly describes as “butt wipes.”

“The brand was explicitly talking about #Foodporn, which has become a cultural phenomenon on Instagram,” a Kraft Heinz spokesman told The Sunday Times.

The site says it removes such videos promptly when it finds them or is alerted to them, but the Times said it discovered some videos that had been on the site for more than three years and accumulated 350,000 views.

Though the Dollar Shave Club ads may have been news to the general public, an executive freely discussed them in May with the Australian advertising and marketing site Mi3

He told Mi3 the ads attracted customers and were timed just right, because they ran out shortly after Gillette premiered its controversial “toxic manhood’ commercial.

CBNC also reports Unilever is a member of the “Unstereotype Alliance,” a group of advertisers that aims to “eradicate outdated stereotypes in advertising.”