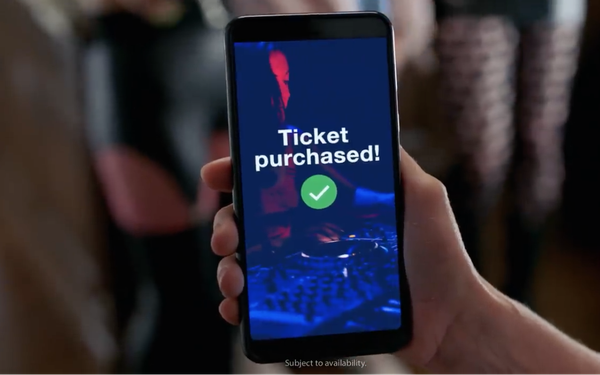 Called “Be There,” it includes more than 20 6- to 15-second pre-roll videos, which are being released through the first quarter of 2020.

“We landed on using the short format of pre-roll to quickly hammer home each idea, which had the benefit of continued optimization through time as we learned which assets performed best among fans,” says Justin Hooper, founder and chief creative officer of Undnyable.

From vampires showing up early to a game at 4 a.m., to a couple lost in an endless parking lot, the campaign aims to show visually telegraphic moments fans might experience, and demonstrate how StubHub is always there to help.

To round out the campaign, the Undnyable-StubHub team worked with Revival Films’ Director Luis Pena to create 40-plus “ShoMo” short-motion moving stills, captured in and around stadiums, theaters and outdoor venues in the Bay Area.

“The ShoMo ads are meant to capture the unbridled energy and emotion of experiencing a live event, focusing on the fan, not the artist or athlete,” Hooper says.

The campaign also includes a revamped gift card strategy, focusing on gifting experiences versus dollars, with some additional elements to come mid-2020.

Earlier in the month, the campaign kicked off by celebrating the month of October, aka the busiest season in sports, with the “#Sportober Challenge,” rewarding fans for getting out and seeing as many live sporting events as possible.

The team tapped YouTube all-star team Dude Perfect to create a StubHub Sportober trick shot video and drive fans to (and through) the challenge, garnering over 9 million views in the first two days.