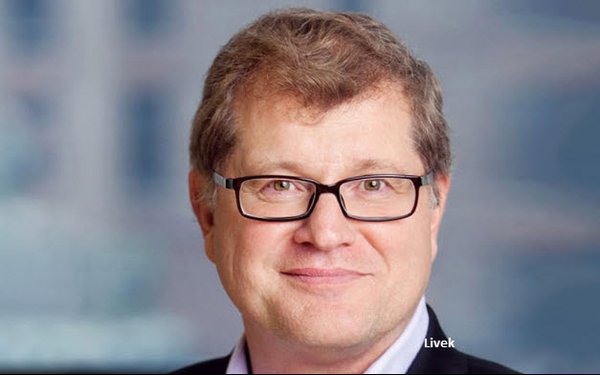 In conjunction with its third-quarter earnings announcement late yesterday, Comscore announced that its board has chosen Bill Livek as CEO and executive vice chairman, effective immediately.

Dale Fuller, a Comscore board director, had been serving as interim CEO since March in the wake of resignations by CEO Bryan Wiener and president Sarah Hofstetter.

Since joining Comscore in 2016, Livek has served as executive vice chairman and president, as well as principle executive officer. He previously served as vice chairman and CEO at Rentrak, and prior to that as co-president of Experian Research Services, and co-chair/co-owner of Simmons Market Research Bureau.

The appointment comes after a year of turmoil, which followed earlier challenges for Comscore — including accounting issues in 2016 that led to a lengthy reaudit.

Comscore has been striving to strengthen its position vis a vis Nielsen — particularly as cross-media measurement has become the rallying call for marketers and media buyers. But some innovations and new partnerships with media companies have been offset to a degree by high-profile troubles.

Both Wiener and Hofstetter left the company after being there for less than a year. Weiner attributed his departure to “irreconcilable differences” with the board over strategy.

But that shakeup — combined with a Securities and Exchange Commission investigation alleging that Comscore and an earlier CEO, Serge Matta, had overstated revenue by some $50 million over two years — caused the company’s stock price to plummet.

In August, when Comscore reported a larger-than-expected loss in Q2, Fuller told analysts that he was looking at “strategic options” to address the company’s declining stock performance.

Later in August, Paul J. Reilly resigned from Comscore’s board, stating in his resignation email to Comscore: “I do not believe the company’s go forward operating strategy, in general, is progressing fast enough and specifically in innovation and product development.”

In September, Comscore announced that it had settled the investigation, agreeing to pay a $5-million penalty without admitting or denying the allegations. Yesterday, Comscore reported that, "following a separate proceeding," the company received a $2.1-million clawback from the former CEO.

In an interview with DND this morning, Livek praised Fuller for cost restructuring that has “put our operations on the correct cost basis for the first time in a long time,” and so positioned the company for growth going forward.

The cost-cutting efforts included a workforce reduction of 10%, or about 180 employees, this past May.

Livek also confirmed that the board will investigate all strategic options, including the possibility of raising additional capital for growth by selling part of the business to an investor.

Comscore’s adjusted EBITDA grew 23.2% in the third quarter versus the year-ago period, to $6.4 million, and its net loss decreased to 16 cents per share, from 42 cents per share. However, revenue declined to $94.3 million, down from $102.9 million.

"During my tenure as interim chief executive officer, we significantly reduced our core operating costs, right-sized our organizational structure, and executed on a strategy that we believe will allow us to achieve breakeven operating cashflow by the end of the year," Fuller said in a statement.