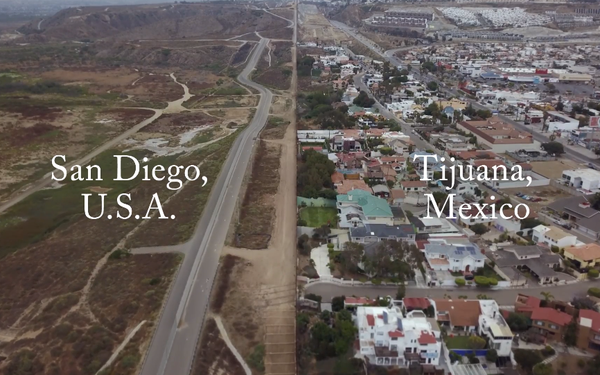 “Isn’t it fascinating that the simple act of drawing a line on a map can transform the way we see and experience the world?” notes architect Ronald Rael in the opening of the documentary “Borderlands,” which looks at communities between Texas and Mexico.

“Borderlands” highlights how city planners, commuters and children deal with the wall that divides their cities.

It is the latest video partnership between The New Yorker and the Van Alen Institute. The two have collaborated on the “Van Alen Sessions,” a short, online documentary series.

The U.S. started installing border fences in the early 1990s and in the ensuing decades, they have gotten longer, often separating everything from rivers to homes to cultural sites. Rael suggests that flawed political policies are often divorced from the reality on the ground, notes an essay in this week’s New Yorker.

“The border is often talked about as if it’s a hard line where one thing ends and another begins, but it’s much more permeable and complex than that,” says Merete Mueller, the film’s director.

The video is live on both organizations’ sites.

The New Yorker claims more than 1 million subscribers and 20 million readers on newyorker.com.