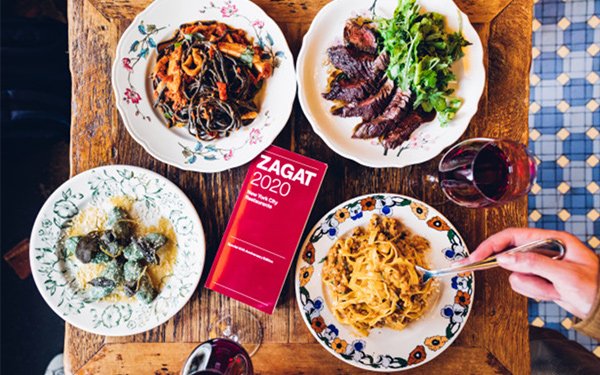 It’s been three years since Zagat’s famed burgundy-colored paperbacks were available. In 2018, The Infatuation, the restaurant platform, bought the Zagat brand from Google, which had previously purchased it from Tim and Nina Zagat, and made it online-only.

The 2020 guide resembles its former incarnation — quote-filled reviews and eateries sorted by location, cuisine or special occasion. Over 14,000 restaurants are reviewed.

According to the New York Post, The Infatuation won’t commit to future print versions, but it “plans to rebuild Zagat’s digital platform to extend the brand’s global reach through user-generated restaurant reviews with a slated debut of summer 2020.”