Walmart Gains On Amazon But Grapples With Costs 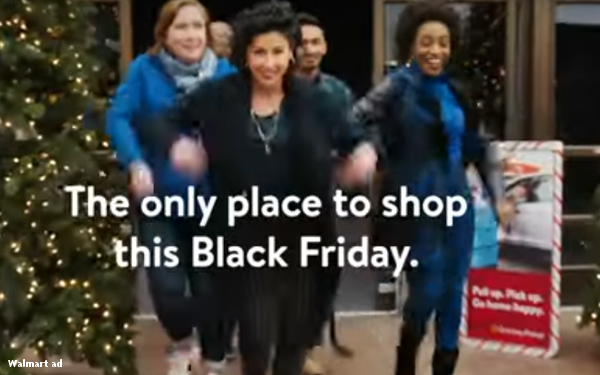 Posting impressive third-quarter numbers, Walmart keeps gaining on rival Amazon. But it’s grappling with the high cost of all that fast and free shipping, and the ultra-thin margins it’s able to earn on grocery sales.

Total revenue for the Bentonville, Arkansas-based giant came in at $128 billion for the quarter, up 2.5%. (Excluding currency factors, the gain was even bigger, at 3.3%.) Ecommerce sales soared 41%

Walmart gained market share in food and consumables, including fresh foods, a key focus of its fast-expanding grocery delivery business.

“As much as Walmart is powering ahead on the top line, the bottom-line numbers are softer,” writes Neil Saunders, managing director of GlobalData Retail, in his report on Walmart results, with costs continuing to outstrip revenue growth.

He attributes the slip to Walmart’s “continued drive into ecommerce with an increased emphasis on free shipping -- something that has helped Walmart boost customer numbers and transactions, but eroded profitability.”

At the same time, though, the retailer continues to lower prices, “again, a necessary evil in a competitive marketplace where Walmart needs to retain its price leadership position.”

In remarks prepared for investors, Doug McMillon, president and CEO of Walmart, says it has now expanded grocery pick-up to more than 3,000 locations, and that it is offering delivery in 1,400.

The retailer continues to invest in digital to increase its appeal to customers, especially those in higher-income demographics. Earlier this week, for example, it announced it was partnering with Apple to make its Walmart Voice Order easier, adding a Siri shortcut for online orders.

McMillon says the company is focusing on expanding the success of its ecommerce food operation into other areas. “We need to translate this repetitive food and consumable volume into a stronger Walmart.com business that’s profitable over time, so that’s what we’re working on,” he notes.

But Saunders writes that many people are committed to Amazon Prime. “Interestingly, while Walmart needs to be more Amazon-like in non-food, Amazon needs to be more like Walmart on groceries. With both players increasingly moving onto the other’s turf, competition will seriously heat up in 2020. [Walmart] remains a long-term winner, but there is likely short-term pain ahead.”