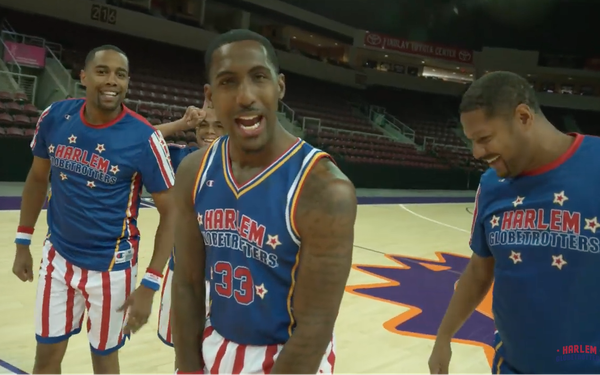 The Harlem Globetrotters are celebrating Guinness World Records Day by adding six new accolades to their list of accomplishments.

The basketball exhibition team now holds 22 record titles, more than any other team in the world, according to Guinness. Some of the titles are featured in the latest Guinness World Records 2020 edition.

Some of the new record titles were broken at the Findlay Toyota Center in Prescott Valley, Arizona, including the record title for the most -- 63 -- bounced basketball figure eight moves blindfolded in one minute, set by Globetrotter guard Wham Middleton63.

As a team, the Globetrotters were acknowledged to have also broken the record of most sovereign countries played in by a basketball team with 101, a record title that was set between the team’s founding in 1926 and 2019.  The latest addition to the list of countries visited was Uzbekistan, in April.

This marks the seventh straight year that the Globetrotters have taken part in Guinness World Records Day, which was launched in 2004.

The Globetrotters will begin their 94th year of touring on Dec. 4, when the “Pushing the Limits World Tour” officially tips off. As part of the tour, the team will play in more than 250 North American markets, as well as 30 countries worldwide.