Beardbrand Looks For Wisdom In Whiskers 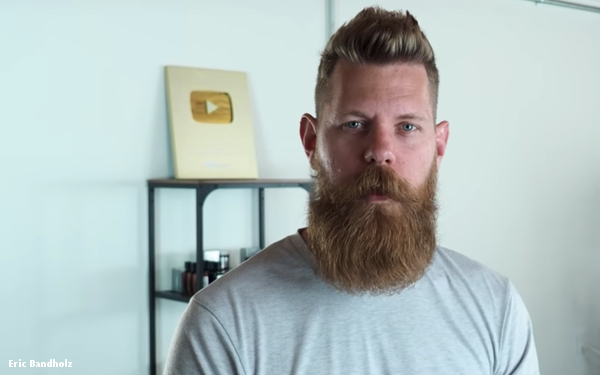 I’m not sure what it is about body hair and the D2C landscape. But it’s hard not to notice how linked the category is to whiskers. Sure, Dollar Shave Club and Harry’s -- two of the most successful pioneers -- are part of it. But so are The Beard Club, the Art of Shaving and Badass Beard Care. (Women’s brands are piling on, too, like Flamingo, owned by Harry’s; Billie; and Oui Shave.)

Much has already been written about the influence of tech execs, who love to be perceived as scruffy, irreverent outsiders. And many speculate that America has already reached peak beard. But D2C FYI couldn’t pass up a chance to ask Eric Bandholz, founder of Beardbrand, why the beard obsession continues:

D2C FYI: Your mission is to “make men awesome.” And while women in America have grown up bombarded about “how to” grooming advice, it’s still not the norm for men. Where are we on the grooming acceptance scale?

Eric Bandholz: I would say that the majority of men are probably still old-school. But when they want to grow a beard, they start to research the proper techniques, and that leads them to products. Just like they got used to buying shaving products, they’re getting used to the idea of grooming their beard. It gets to be a routine, a ritual, just like shaving.

D2C FYI:Do you groom your beard every day? Do you recommend that?

Bandholz: There are some lucky people who just hop out of the shower and their beard looks great. But I would say most people, it's a once-a-day thing. Maybe you’re moisturizing, with beard oil, or styling using balms.

D2C FYI:How would you describe your customer?

Bandholz: Most are in the 35 age range. We call them Urban Beardsmen. We coined that term because, traditionally, when people thought of beards, they thought of outdoors people, like Grizzly Adams or the “Duck Dynasty” guys.

Personally, I didn't fit any of those stereotypes. I'm more of a creative type. And when I started attending beard events, I was meeting other guys who didn’t fit that stereotype. They were designers, salespeople, entrepreneurs and priests. They’re guys who live in the city, maybe white-collar or just a little more cerebral. They love to travel.

D2C FYI: Some say beards have peaked. Do you worry about what happens if the beard trend fades?

Bandholz: I would argue that what has essentially happened for the past 100 years or so was the shaving trend, and that we're finally getting back to the norm. Beards are inherent to men. It's what happens if you do nothing at all. And there is always going to be some seasonality to it.

Lots of guys grow their beard out for the cold months and shave in the summer. We’re big fans of that. We’re pro-beard, but we’re not anti-shaving.

D2C FYI: Hence Movember, which advocates men grow moustaches during this month to raise awareness of men's health issues. Does it help?

Bandholz: Very helpful, especially for prostate cancer awareness and other charities. You can grow a pretty good beard or mustache in a month.

D2C FYI: So you see more growth for the category?

Bandholz: We’ve grown to a good size. We are close to having sales in eight figures, all bootstrapped, no debt.

Still, he world's a big place. Our job is to make sure that guys feel pretty cool wearing a beard, that they feel empowered, to let them know that if they want to have a beard, they can rock it.

D2C FYI: What about expanding to more products?

education and content and community support. So we invest in things like our YouTube channel, blog and email newsletters. We want to help our audience feel confident about their style.

But beard is in our name. So that’s always going to be our primary focus.