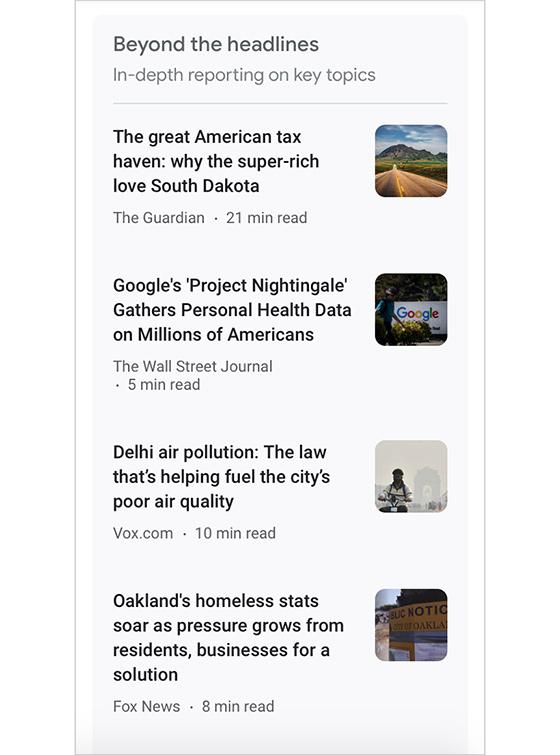 “Beyond the Headlines” will live on the right side of news.google.com. It will rely on Google News algorithms to bring up and organize in-depth articles on topics such as healthcare, the environment and education.

Stories include features, explainers and editorials, as well as other longer-form articles.

The stories will remain visible “beyond the fast daily news cycle,” according to a post last week from Raffaele Colella, Google News product manager.

“We want to recognize publishers that are investing in diving deeper into the headlines and moving past the who, what and when to explore the why and how,” Colella wrote.

“Beyond the Headlines” also has an “estimated read-time feature,” to let readers know how long it will take to read a story. Stories seem to range from about five to 30 minutes.

“Beyond The Headlines” is now available on desktop globally in the U.S. English. Google plans to expand the feature to more languages and a mobile version in 2020.