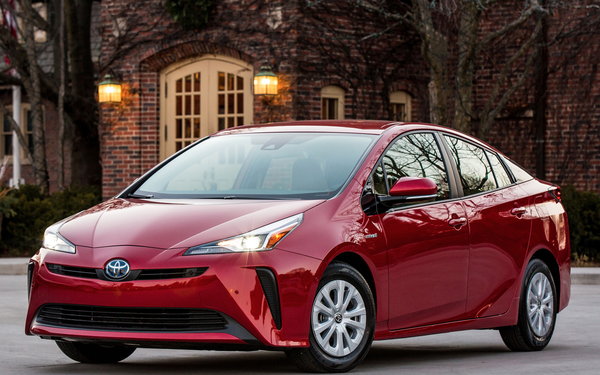 Electric vehicle buyers are drawn to the Toyota and Tesla brand, research shows.

Toyota (54%) and Tesla (52%) are the most popular brands among shoppers likely to purchase an EV in the next six months. However, Tesla is the leader when it comes to brand perception, with 33% of all survey respondents noting it's the company most trusted to develop these vehicles.

Toyota’s EV popularity is partly due to a halo effect from the Prius, which earned the company consumer credibility for pioneering the development of hybrid vehicles, says Ali Chapman, CarGurus consumer insights analyst.

“This credibility has carried over to EVs, despite the fact that Toyota lags behind others in fully electric vehicle development,” Chapman tells DriveTime.

Trust in Tesla remains despite the negative press it receives at times, and is likely due to the strong association the company has with innovation, Chapman adds.

Forty-five percent of those surveyed say they will probably own an EV in the next 10 years, up from 34% compared to last year. Even more significant, 26% of consumers say they intend to purchase an EV in the next five years, nearly double the number reported in 2018 (15%).

On the concern side of the equation, 67% of consumers say cost was a primary issue in purchasing an EV, and 56% say lack of charging stations was a concern -- echoing last year’s sentiment of 65% and 60%, respectively.

“When diving into this year’s data, many respondents living in rural areas noted they have difficulty finding a charging station ‘until you get to a big city or suburb,’ as one response said,” Chapman says. “However, those who noticed charging stations nearby at areas like their office or apartment are more likely to show interest in EVs. This tells us that introducing more [charging stations] across the country could go a long way in helping shift consumers’ perceptions of electric vehicles as a viable option for them.”

The survey also uncovered an interesting trend regarding the extent to which some shoppers believe electric vehicles benefit the environment.

“There’s a small group of consumers that feel conflicted in that they recognize the benefits of moving away from gas and diesel, but cite that the production of EV batteries necessary is also harmful to the environment,” Chapman says.  It seems that these hyper-informed shoppers will need more convincing on the environmental impact of the batteries before considering purchasing an EV.”