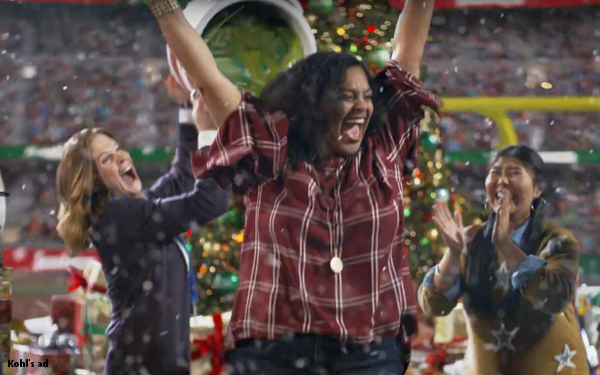 While retailers are rushing into the Christmas season with plenty of tempered optimism, financial results from stores ranging from Kohl’s to the Home Depot are showing just how tough the holidays might be.

Some of the most encouraging news comes from Adobe Analytics. Its new survey reports that two-thirds of retailers expect sales to grow, compared to last year. And 94% believe that having a physical retail presence gives them an edge over online-only brands, although 55% offer buy-online, pickup-in-stores options.

But 41% are worried about the shorter selling season. This year’s late Thanksgiving means there are six fewer shopping days, and one less weekend between Thanksgiving and Christmas. (Adobe’s research is based on 403 retailers with more than $500,000 in annual sales.) Meanwhile, 78% are increasing advertising because of the compressed season.

The National Retail Federation recently released its latest data, estimating that 165 million people are likely to shop over the five-day Thanksgiving weekend, roughly the same as last year.

Its data, collected by Prosper Insights & Analytics, suggests 39.6 million consumers may shop on Thanksgiving Day, 114.6 million on Black Friday itself, 66.6 million on Small Business Saturday and 33.3 million on Sunday. And 68.7 million say they’ll look for online deals on Cyber Monday.

The International Council of Shopping Center’s new survey is even more enthusiastic, predicting that 85% of people will shop Thanksgiving weekend, spending more than $101 billion. That amounts to about $470 per shopper. The Center believes 80% of Americans will visit a mall or shopping center. Its forecast is based on a sample of about 1,000 adults.

Kohl’s just reported a decline in its quarterly revenue to $4.62 billion, even as same-store sales eked out a 0.4% gain. And net income for the Menomonee Falls, Wisconsin-based chain sank 24% to $123 million, from $161 million in the comparable period a year ago. The company also lowered its financial forecasts.

The Home Depot, while reporting a 3.5% sales gain in the third quarter to $27.2 billion, also saw earnings slide. Net income for the Atlanta-based DIY powerhouse came in at $2.77 billion, a 3.5% dip from $2.87 billion in the year-ago period. It, too, lowered its forecasts.