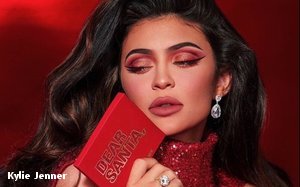 Initially, Coty’s bombshell announcement that it is paying $600 million for a 51% stake in Kylie Cosmetics might seem like Insta-genius. After all, with 270 million social-media followers, 22-year-old Kylie Jenner is a self-made billionaire, who deserves plenty of credit for giving the struggling cosmetics industry a pulse.

But some observers disagree and think Coty is paying too much for a pout that’s potentially passé. “Just when we thought the company was doing the right thing strategically, Coty announced a controlling interest in Kylie Cosmetics,” writes Faiza Alwy, an analyst who covers Coty for Deutsche Bank. She points out that press reports have pegged the Kylie brand with a 14% decline, despite the company’s insistence that it's up 40%.

The problem is that despite Jenner’s status as Gen Z royalty, the continued rise of the so-called VSCO Girls threaten to dethrone her. Those fresh-faced Gen Z kids, nicknamed for their favorite photo-editing app, prefer simple products and dewy skin to the heavy-handed contouring that made the Kardashians famous.

Industrywide, Alwy writes, the VSCO Girl trend has resulted in a 7% slide in prestige makeup sales. And as the third-largest player in color cosmetics, Coty, which also owns Covergirl, is especially vulnerable.

While acknowledging Coty’s goal of intensifying its Gen Z appeal, “we find it difficult to understand why Coty, a highly levered company… felt the need to enter strategically into a transaction…with a brand that is not currently 'on trend’ and is likely seeing decelerating growth,” Alwy writes.

Nor is Alwy alone. “We view the deal as unfavorable,” writes Dara Moshenian, an analyst who follows Coty for Morgan Stanley. Besides the inherent risk in a brand tied to one person, 85% of Kylie sales are in makeup, with sales already falling in the U.S.

Furthermore, Moshenian points out that while Jenner’s recognition is strong in the U.S., she’s relatively unproven internationally.

But international expansion seems to be Coty’s primary goal. It announced the deal with the intention to jointly build “Kylie’s existing beauty business into a global powerhouse brand.”

The news comes just days after Coty’s latest financial report, and a presentation to investors that promised a major return to marketing fundamentals, focusing on distinctive brand assets.

Revenues for the first quarter of its fiscal year dropped 4.4% to $1.94 billion, in line with expectations, while adjusted operating income grew 10% to $154.7 million.

But much of Coty's profit came from the divestiture of Younique, an $85 million transaction. It acquired a 60% stake in that company, also a social-media darling, back in 2017, for $600 million. Coty announced earlier this year it was unraveling the partnership, selling it back to Younique founders for less than $100 million.

While its professional products and luxury lines, which include names like Burberry, did well, sales in its consumer beauty division sank nearly 10%.

It says it has begun to see some early progress on Covergirl.

“We would have liked to see Coty focus on turning around its existing portfolio of brands, completing the sale of assets deemed to be under strategic review, and de-leveraging, before rushing into another deal that seems far from certain to play out as hoped,” notes Alwy, “especially in context of Coty's track record with acquisitions.”