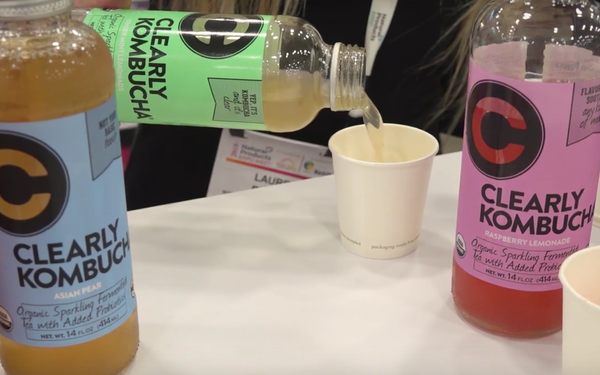 Doesn’t anybody want to have a couple beers after work anymore?

Well, yes, of course. Millions do -- but fewer millions.

The idea is having that kind of partner lets Molson Coors skip the hassle of building a new division from the ground up, and use an existing one instead.

The Wall Street Journal said the nation’s second largest beer maker acquired a 49% share In L.A. Libations, another sign of how Molson Coors is shaping up a new image by shedding some of its beer belly. Next year, Molson Coors Brewing becomes Molson Coors Beverage Co.

"Developing a strong portfolio outside the traditional beer category is an important part of our long-term strategy, and this partnership with L.A. Libations enables us to pursue opportunities in this space without needing an extensive non-alcohol infrastructure," said Pete Marino, president of emerging growth for Molson Coors, in a statement.

As he noted, L.A. Libations helps the Molson Coors deal with a new world where “much of the growth in the beverage industry is coming from brands and categories that often were nonexistent five years ago."

Some of the newest Libations brands on the market are Aloe Gloe, a combination of aloe vera and water; Arriba Chelada, a clam and tomato juice combination; and Arya, a seltzer flavored with extract of tumeric root.

The backdrop for all this nonalcoholic action is, of course, the drop-off of consumption of the biggest names in the beer business. For example, sales volume for Coor’s Light has dropped 3.9% so far this year, according to Nielsen data, consistent with the overall downward trend  And as legacy beers generally are falling flat or worse,  younger drinkers are switching to either craft beers or almost anything else, including the growing list of nonalcoholic choices.

L.A. Libations  says every year  it meets with more than 200 entrepreneurs and is in search of “brands that stand out in emerging beverage categories such as plant-based, functional, healthy digestion and natural energy, to name a few. We collaborate with both emerging and national companies looking to bring their brand to the next level.”

That’s more complicated than “more taste, less filling,” for sure, but the L.A. Libations website brags that working with Molson Coors “we are in a unique position to provide unsurpassed brand building, commercial, retail, wholesale and manufacturer expertise."

L.A. Libations will develop brands exclusively for Molson Coors in new beverage categories as well as in more traditional ones such as sports drinks and energy drinks, officials said.