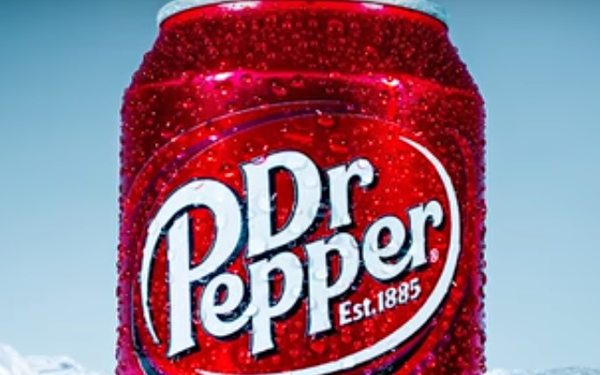 Above: The soft drink preferred by white millennials.

Like other generational cohorts, millennials (born 1981-1997) aren’t some homogenous group of consumers who all think and act the same. Ranging in age from 21 to 38, millennials’ spending habits and purchasing preferences differ not only by how old they are but also by ethnicity.

What follows is a snapshot of milliennials’ consumer packaged-goods shopping habits segmented into ethnic groups based on data from Claritas’ Geoscape AMDS and Nielsen Scarborough.

Considering the broad directionality of the data, CPG FYI asked Ron Cohen, vice president of product strategy at Claritas, to amplify some of the findings where possible.

While nearly 38 million (27%) of millennials shopped for groceries at a Walmart Supercenter in the past seven days, Asian millennials prefer more organic grocery alternatives such as Whole Foods Market and Trader Joe’s. Specifically, they are 28% and 13% more likely to shop those stores than all other millennials.

Drilling down further, Asians also show a strong preference for Safeway (index: 208) and for buying groceries online (198). “Shopping for grocery online is a convenience, but you also pay a premium for it,” notes Cohen. “On average, Asians have higher income and are probably less price-sensitive to the premium.”

Asian millennials index highest (114) for agreeing completely with the statement “I enjoy trying different types of foods.” When it comes to beverages, they aren’t big on carbonated soft drinks, since they’re likely to drink tea both on casual and formal cultural occasions.

Black millennials are 38% more likely to shop for groceries at discounter Save-A-Lot, followed by Publix (index: 153), and they spent less than $50 on groceries in the past seven days. They also tend to be “less adventurous when trying different types of foods at the grocery store,” Cohen says.

Fruit-flavored soft drinks like Fanta, Crush and Sunkist are big favorites among blacks, but they are 22% less likely than all millennials to drink Coca-Cola. Their go-to preference for purchasing beer in the last 30 days was convenience stores, but they index very low for purchases at such venues as sit-down restaurants (index: 60%), stadiums/arenas (66) and nightclubs/bars (66).

Hispanic millennials show a huge preference (index: 320) for buying groceries from a local Hispanic grocery store, and they lead all others in the amount they spent in the past seven days. “Hispanics have larger households and more children,” Cohen observes. Moreover, some have parents and/or grandparents in the same household. The bottom line: Hispanics were 34% more likely than all millennials to have spent $200 or more on groceries in the past seven days.

While Hispanics are big consumers of 7Up and Fanta, they are 212% more likely than other millennials to purchase Mexican imported soft drinks, which are their #1 preference. They index the highest (141) for having purchased beer at drug stores in the past 30 days.

“I think part of it is that because Hispanics have more children on average than non-Hispanics, they’re more often in a drugstore,” Cohen says. “It’s not like they prefer to buy their beer at the drug store. They’re just at the drugstore more often.”

Grocery store preferences among white millennials don’t lean heavily toward any particular retailer but are more or less consistent across the board. They index highest for discounter ALDI (108) followed by Save-A-Lot (104) plus Trader Joe’s and Walmart Supercenter (both at 103).

Whites are 17% more likely than all millennials to have spent between $125 and $149 on groceries in the past seven days and are second behind Asians in agreeing completely that “I enjoy trying different types of foods.”

Dr Pepper and Mountain Dew top the list of soft drink preferences among whites, but parsing the numbers by age reveals distinct differences, according to Cohen.

“Dr Pepper does very well with teenage millennials and not well with over-30 millennials. The same is true of Mountain Dew. It’s the younger millennials who are driving those choices.”

Unlike blacks, whites index highest (113) for purchasing beer at sit-down restaurants in the past 30 days. As with groceries, whites spread their beer purchases fairly evenly over all types of outlets — the exception being drugstores, where they index at 90.