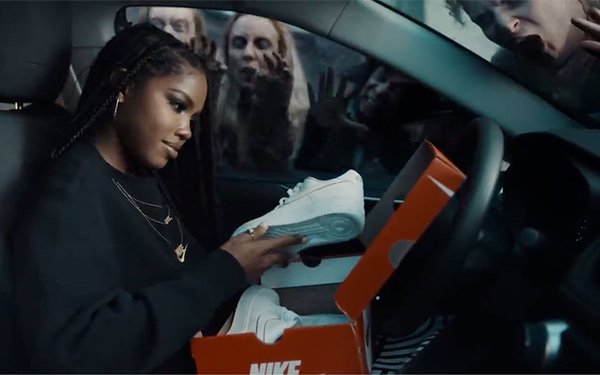 Foot Locker is celebrating its annual "Week of Greatness" that releases new footwear and gear with a campaign that features top athletes and personalities battling zombies and aliens.

The "No Matter What" short film, developed by BBDO New York, features Megan Thee Stallion, DaBaby and others as they stylishly fight hordes of evil ones.

Foot Locker also sent a few influencers “Sneaker Survival Kits,” and the athletic chain will host a variety of “No Matter What” activations in its Community Power Stores, including a large buildout in Eastpointe, Mich. featuring a UFO-themed photobooth.