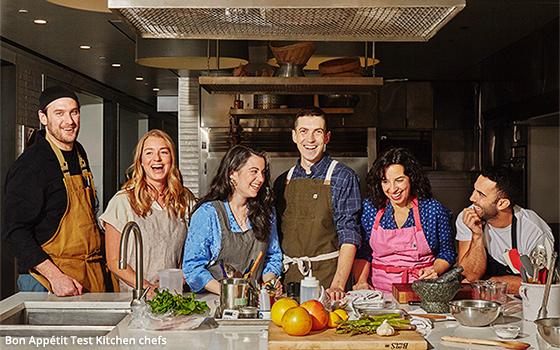 Building on its video success across shows like “Gourmet Makes” and “It’s Alive,” Bon Appetit is launching a 24/7 linear channel on Samsung TV Plus tomorrow.

The launch of the ad-supported, pre-installed free Samsung TV Plus channel will offer the brand to millions of users who currently own one of its televisions.

With a planned launch ahead of Thanksgiving and Black Friday, popular Bon Appetit show “Making Perfect” will air a special Thanksgiving episode that finds the brand’s test kitchen staff collaborating.

The “Making Perfect" second season will also air on the new channel. One of the brand’s most successful efforts, the show counts more than 8 million views and more than 144 million minutes watched on YouTube.

Other shows set to air on the channel include the Claire Saffitz hosted “Gourmet Makes,” “It’s Alive,” hosted by Brad Leone, “Reverse Engineering,” hosted by Chris Morocco, and “Almost Every,” hosted by Amiel Stanek.

Bon Appetit has reported wide success across YouTube, with a channel counting more than 4.7 million subscribers, a 78% year-over-year increase.

The launch of the brand’s new channel follows the release of a free OTT channel in February. That streaming channel brought Bon Appetit’s shows to Roku, Apple TV, Amazon Fire TV and Android TV. It debuted on Apple’s “Apps We Love” list at No. 1.