How Will Augmented Reality Change Publishing? 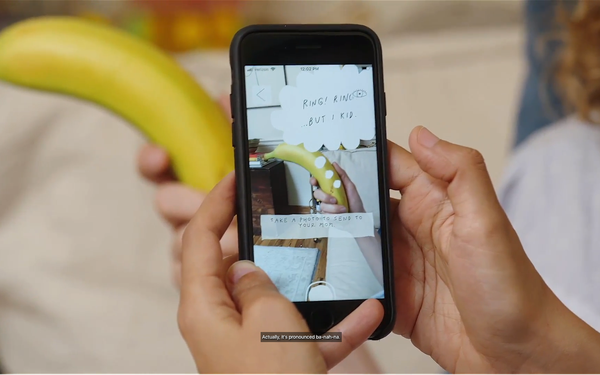 The New Yorker this week added a humorous augmented-reality feature to its mobile app to show the hidden thoughts of inanimate objects. The AR activation is another sign of how publishers are experimenting with the latest digital technologies to entertain and inform readers.

By pointing their smartphone cameras at everyday items like socks, refrigerators and toasters, readers will see 3D renderings of thought bubbles with funny captions. For example, when the app recognizes a banana, it shows a thought bubble that says, "Ring! Ring! … But I kid." New Yorker cartoonist Liana Finck created the artwork for the computer-generated experience.

While it's easy to dismiss the app's AR feature as trifling and silly, it's important to not underestimate how significant AR experiences will be to consumers in the next decade. Younger audiences are routinely playing around with AR features of social-media apps like Snapchat. They are being trained to expect similar experiences from other content providers, such as traditional print publishers.

USA Today, as another example, created AR experiences to illustrate its news coverage of the Women's World Cup and the 50th anniversary of the first moon landing, among other recent stories.

AR is about to become much more immersive as hardware makers develop wearable devices, like glasses that show digital images projected onto their lenses. In 2012, Google demonstrated how head-mounted displays could work in a video for Google Glass, but the technology still needs more development to deliver on that promise.

Apple, Facebook and Snapchat are in various stages of developing AR wearables for the consumer market in the next few years, too.

Like any new hardware device, AR headsets will need content to make them worthwhile for consumers. Publishers can play a key part in that development by focusing some of their energies on developing AR experiences that complement their other editorial efforts.