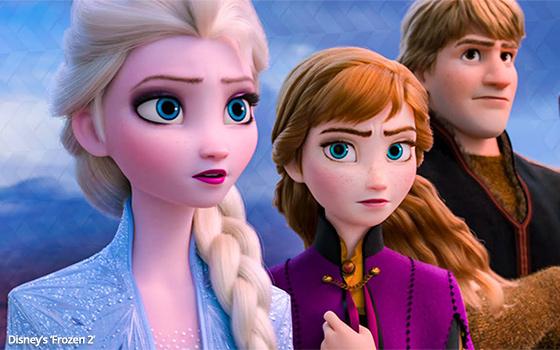 Although Disney’s “Frozen 2” scored major results this past week -- and with just about a month left of the U.S. domestic theatrical film box-office season -- 2019 looks to see a slight decline in revenue from a year ago, according to one analyst.

Currently, U.S. box-office revenue stands at $9.9 billion, according to IMBD's Box Office Mojo. For the entire 2018 year, U.S. theatrical revenues were at $11.8 billion.

Wold says this will come even with big holiday end-of-the-year movies "Frozen 2," Sony Pictures' "Jumanji: The Next Level" and Disney’s "Star Wars: The Rise of Skywalker."

"We now believe fourth-quarter box office could be relatively flattish year-to-year versus consensus expectations for a mid-single-digit increase," Wold says.

Recently, Walt Disney's “Frozen 2” entry has brought some hope to the market. Through its first week, the animated franchise is now at $143 million (U.S.) and $371 million (worldwide), according to IMBD's Box Office Mojo.

The movie's first weekend of $127 million was the largest animated opening ever outside the summer movie season.

Contributing to this result, showing some overall positive signs, the pre-Thanksgiving weekend's overall gross (Nov. 22 through Nov. 23)  was 87% higher versus the same weekend a year ago.