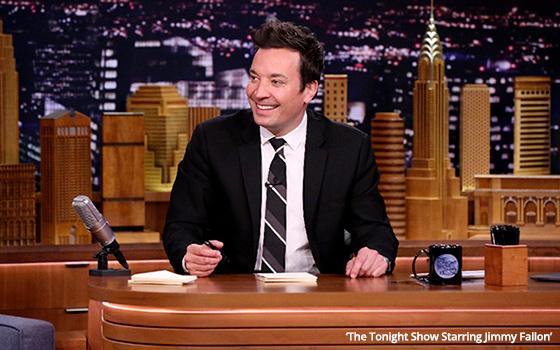 NBCUniversal has dramatically amped up its on-air promotion for its flagging “Tonight Show with Jimmy Fallon.”

Over the past month, NBCU has aired some 365 on-air promos on its various networks and programs, pulling in 416.3 million impressions over a month-long period (Oct. 25 to Nov. 25), according to iSpot.tv.

This is almost 37% of the 985 total on-air promos aired over the past year for the show. Since the start of the season, in late September, “Tonight” has had 438 promos.

This past month, NBC Television Network has seen 73 promos for the show, with E! at 31 and Bravo, CNBC and NBCSN each at 30 promos.

By comparison, a year ago during the same period, the “Tonight” show had a total of 60 on-air promos, all on the NBC TV network -- pulling in some 276 million impressions.

Over the last year, late-night competitor CBS’ “Late Show with Stephen Colbert” has seen a ratings gain -- not only in total viewers, but among younger 18-49 viewers, the most important audience for late-night TV marketers.