It's The Best Time Of The Year (For Most Marketers) 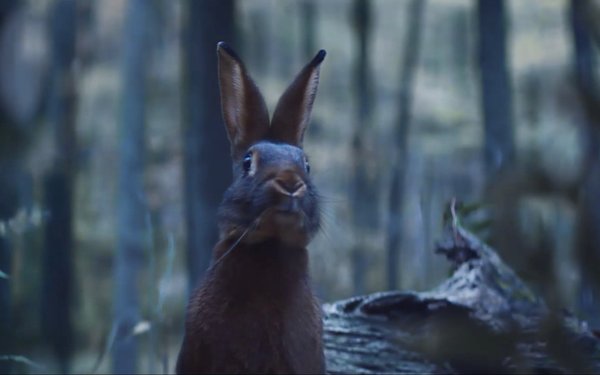 It's that time of the year again—holiday season--when advertisers incorporate holiday themes into their messaging. And several brands are inserting a bit of spice (or coal) into their campaigns.

Tthe heartwarming and charming ads from brands and companies include the New York Lottery suggesting an animal relay run will work to return a scratch-off to a park ranger.

The creative, developed with McCann New York, follows a rabbit, bird, deer and raccoon, among others, as they make their way through a snowy winter landscape.

El Pollo Loco teamed with agency Vitro to introduce a TV spot following residents in an apartment community coming together for the holidays. The ad opens with a little boy decorating a tree located in their courtyard before introducing other neighbors joining him to build upon his celebration, such as bringing chairs and tables.

Toys for Tots Canada is inviting people to watch others unwrap empty boxes, albeit for a good cause. This sad spin on a popular trend is designed to raise awareness for the thousands of children who receive nothing during the holiday season.

The pro bono #UnboxingWorthWatching campaign, developed with WundermanThompson Canada, Morrison Films and Berkeley Music, includes the philanthropic group's own version of a video documenting a host named Joey opening an empty box. The campaign then reveals the message:  “Some kids have nothing to unbox.”

To further promote this project, Toys For Tots Canada is rallying the YouTube community to encourage influencers to create their own versions. So far, YouTube personalities Jacques Slade and Brianna Barnhart-Arsement have joined the campaign.

Some campaigns shift away from sentimentality towards humor and edge.

Spirits membership club Flaviar and agency BBH are introducing the “Half-Assed Holiday Collection” that wraps limited-edition (and tacky) gifts, including socks, mugs and ties, with a $300 Flaviar annual membership.

A series of short social tongue-in-cheek spots feature these kitschy gifts, including a “jenky scarf,” “craptastic socks” and a “tasteless tie" as an attractive female showcases these items. The spots are signed off with the slogan “Bad taste never tasted so good.”:

The campaign culminates with a pop-up activation showcasing these various gift options during the holiday market at NYC's Bryant Park on Friday, Dec. 6 from 9:00 am to 9:00 pm.
Colorado's FirstBank is combining frivolity with amusement to build donations for December 10th's “Colorado Gives Day" where Coloradans are urged to support any of the hundreds of Colorado local nonprofits registered with coloradogives.org.

Rather than describe all the deserving causes, the bank and agency TDA_Boulder decided to focus is on one rather undeserving charity recipient, Fred Benenson, who pulled in $3,600 in crowd-funding to publish “Emoji Dick,” which is Herman Melville’s classic novel translated into emoji.

The creative opens with Benenson proudly describing his completed project, before admitting that viewers could probably find more useful and more worthy causes to give their money to by directing them to ColoradoGives.org.

The TV spot runs locally. Additional ads will run on statewide radio in English and Spanish, as well as full-page newspaper ads and digital banners.