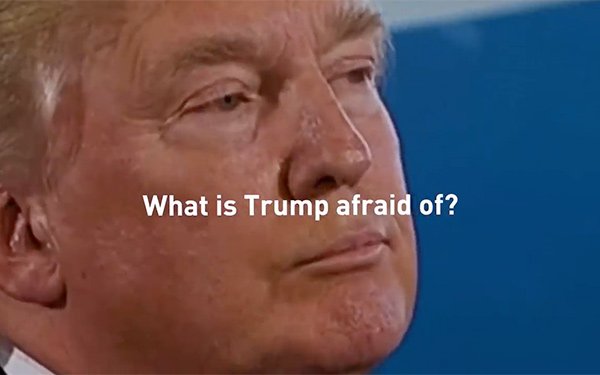 Republicans for the Rule of Law -- a Republican- group that has long questioned actions by Republican President Trump -- is starting up a new campaign next week on Fox News Channel.

The spot, called “What is Trump Afraid Of?”, will run on four consecutive days on Fox News’ “Fox & Friends” starting next Tuesday.

A voiceover cites one main troubling issue of President Trump — he won't allow key witnesses to testify in the House of Representatives' impeachment hearings.

The group says it has ongoing worries: “Will Republicans in Congress allow the president to simply ignore their constitutionally mandated oversight role?”

Back in September, Republicans for the Rule of Law launched a $1 million TV and digital ad campaign with an intent to pressure Republicans to condemn President Trump for urging Ukraine's president to investigate a political rival.