Audi Is Back On The Big Screen 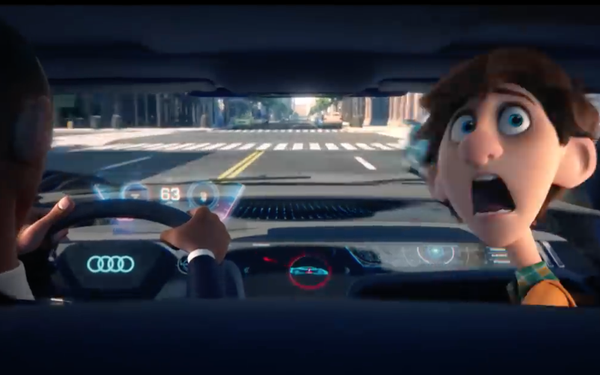 Audi of America is partnering with Twentieth Century Fox for marketing connected to the upcoming animated film "Spies in Disguise.”

The automaker,  in cooperation with Blue Sky Studios, released exclusive content in advance of the movie's premiere. The video, called “Lunch Break," features super-spy Lance Sterling (voiced by Will Smith) and scientist Walter Beckett (voiced by Tom Holland), in a high-speed car chase in the Audi RSQ e-tron, the first concept car by Audi created exclusively for an animated film.

Audi will sponsor the world premiere of “Spies in Disguise” on Dec. 4,and the film hits theaters Dec. 25.