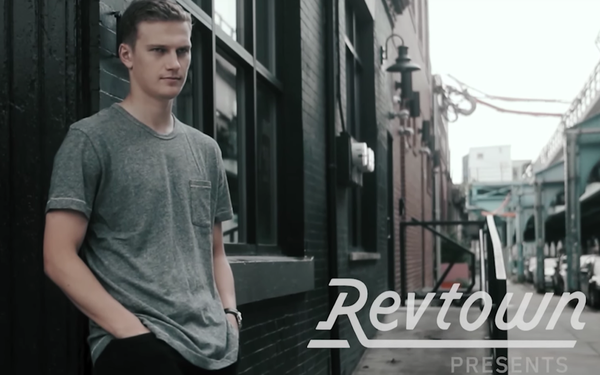 Shopping for jeans is generally a miserable experience, and buying them online hasn’t been much of an improvement. Still, denim is on the verge of digital breakthroughs that may change things, and D2C thinking is leading the way.

The CEO of Levi’s recently told CNBC he expects sizes to disappear entirely within ten years, replaced as body scanners and cameras enable exact fits. H&M is already there, with a line of individually sized jeans, using 3-D scanning, set to bow next year.

Smaller brands are even further ahead. Revtown, a denim D2C start-up that’s also selling in Nordstrom and Goop, says that its digital tailoring gives it a fit accuracy that has customers clamoring for more.

“With only four clicks on our digital tailor tool, giving height, weight, body size and preference, the accuracy rate is around 90%, and it takes less than 60 seconds,” says Steve Battista, a co-founder of the Pittsburgh-based company and CMO.

Both Battista and Henry Stafford, CEO, spent years at Under Armour, where they had plenty of time to contemplate how hard it is to buy jeans. “Athletes especially struggle,” Battista tells D2C FYI. “Often, they have thicker legs. And simply adding stretch to the waistband isn’t enough.”

But digital fit isn’t just about customer satisfaction. It’s also increasingly about the apparel world’s push to save the planet. After petroleum, fast fashion is the world’s dirtiest industry, and the production of denim is especially toxic. Any technology that reduces the production of pants that don’t fit in favor of those that do is a win. Unspun, for example, the tech partner in H&M’s new line, has the ambitious goal of reducing global emissions by 1%.

H&M, which is introducing custom-fit jeans through its Weekday division, says it learned plenty when it invited 100 customers to try out its body-scan technology. An algorithm converts the body scan into a paper pattern, and it then produces jeans as unique items, returning them to customers in about 10 days.

The Swedish retailer says the goal of its pilot was to achieve a satisfaction rate of 65%. It hit 80%.

That kind of tech prowess will enable the smallest D2C start-ups to compete with giants like H&M and Levi’s.

MySizeID, a retail measurement tech company, is an app available to anyone, says founder and CEO Ronen Luzon. Knowing that 80% of fashion returns are fit-related, “we took a mobile-phone sensor and turned it into a measuring device. You can measure yourself without using a camera or taking off your clothes.”

He tells D2C FYI that implementing that technology at Boyish Jeans reduced the return rate by 31%.

“Everybody is suffering from the high costs of returns, but smaller companies are suffering most,” Luzon says. “People’s confidence level in a new brand is always close to zero. If you’ve never bought something from a company, you’re always more reluctant — and it’s worse if you’re also not confident about what size you are in this brand.”

Revtown, which started with a men’s launch, says the fit challenge is much greater for women. “We were anticipating that we’d get women buying and returning multiple pairs until they found the right fit,” Battista says. “But it’s been great. The fit tool is not quite as accurate as for men, but so far, it’s done better than we expected.”

He says traffic to the site has been steady, “and the response to the product has been overwhelmingly positive.”

And besides making money and pioneering more sustainable manufacturing practices, Revtown’s ultimate goal is an affordable fashion statement, Batista says. “We want to get people out of sweatpants and back into denim in a way that has them feeling comfortable and looking good.”