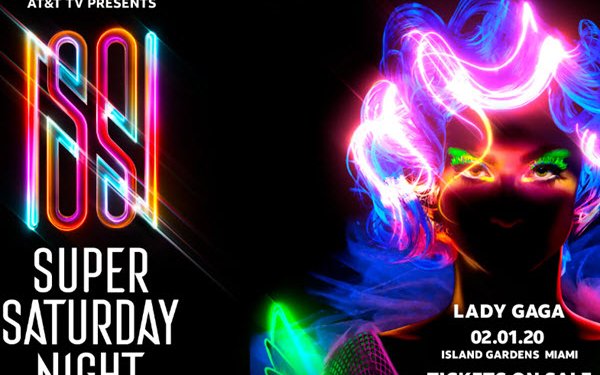 AT&T has secured Lady Gaga as the featured performer for the Feb. 1 edition of its high-profile Super Saturday Night concert on the eve of the Super Bowl.

The 2020 concert, which marks its 10th anniversary, will be held at Miami’s Meridian at Island Gardens, and live-streamed at twitter.com/ItsOnATT.

The concert’s name change — it had been dubbed DirecTV Super Saturday Night since its launch in 2011 — will presumably enable more seamless promotion of AT&T’s May 2020 HBO Max launch and broadband and wireless services, in addition to whatever promotion the telecom giant sees fit to bestow on DirecTV, U-verse and AT&T Now (also recently renamed, from DirecTV Now).

While all three have been seeing declines — with DirecTV by far the biggest loser, down by more than 1 million net paid subscribers in this year’s third quarter alone — they still have nearly 23 million combined. That not only represents substantial revenue, but a substantial owned channel for promoting HBO Max.

“Year after year, in cities all across the country, we’ve built specially curated venues from the ground up to provide both our mega-star performers and their adoring fans a one-night-only concert experience they will not forget. And this year will be no different,” enthused Valerie Vargas, senior vice president – advertising and creative services, AT&T. “In Miami, we’re going to go big and bold — two words synonymous with Lady Gaga.”

Live-attendance concert tickets will go on sale Dec. 10 at att.com/supersaturdaynight.