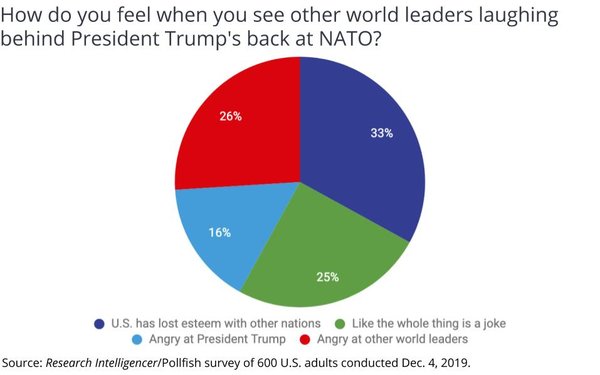 After seeing other world leaders joking about the U.S. President behind his back during the NATO summit, a third of Americans say it's because the U.S. has lost esteem with other nations.

That's the finding of a survey of 600 U.S. adults conducted Wednesday morning by Research Intelligencer and Pollfish.

Twenty-five percent said it made them feel like the "whole thing is a joke."

Asked to think of the USA as a brand, nearly two-thirds of Americans said the President's behavior on the world stage has either "ruined it completely" (27%) or "tarnished it somewhat" (35%).

Nearly a third of respondents said the President has improved the perception of the USA's brand in the rest of the world either "somewhat" (14%) or "greatly" (16%).

Ten percent said it has had no impact either way. 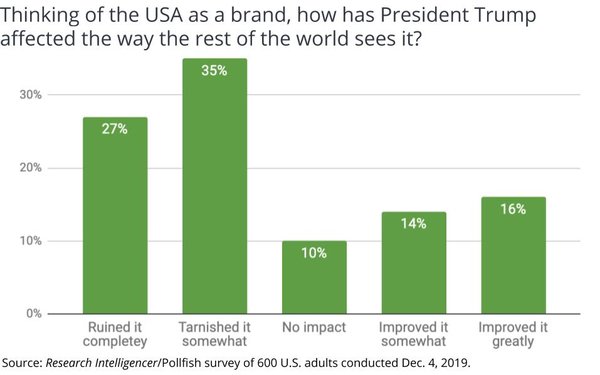