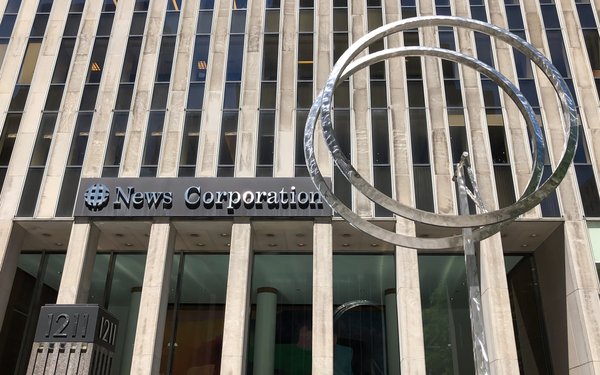 David Kline will be the next Chief Technology Officer at News Corp starting in January, the company announced yesterday.

Kline was previously CTO at Viacom, a role he has held since 2010.

Kline succeeds Marc Frons, who has served as CTO since 2016.

Robert Thomson -- CEO at News Corp, which publishes The Wall Street Journal, among other brands -- called Kline an “expert at driving innovation and efficiency in businesses that distribute quality content worldwide.”

“We have robust global shared technology services and are rapidly establishing efficient platforms for everything from security and data to mobile apps,” Thomson added.

Previously, Kline served as CIO at Discovery Communications and at Rainbow Media Holdings.

Brenner has also served as publisher of Self at Conde Nast and Traditional Home at Meredith.
Galerie's Chief Revenue Officer Mara Gredick left at the end of last month.