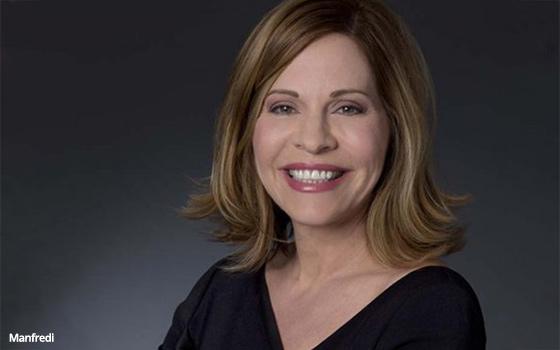 Frances Manfredi has a new role at NBCUniversal. She will become president of content acquisition and strategy for Peacock, the company’s new streaming service debuting in April 2020.

Manfredi takes up her post in January, reporting to Peacock chairman Matt Strauss.

Since 2011, Manfredi has been NBCU's president of TV-new media distribution for the U.S. and Canada, handling basic, pay cable and SVOD. She is is also the executive who oversaw the $500 million digital bidding for “The Office.” Currently on Netflix, it will return to Peacock in 2021.

No stranger to streaming rights, Manfredi led the first studio deal with Netflix in 2006 and worked on Hulu’s licensing deals for “Brooklyn Nine-Nine, “Parks and Recreation” and “Keeping Up With the Kardashians,” according to The Hollywood Reporter.

The ad-supported Peacock will be free to Comcast subscribers and launch with more than 15,000 hours of content. There are reports that NBCU might keep Peacock free to all, though a paid subscription may be an option for ad-free viewing.

In addition to NBCU inventory, reboots of “Battlestar Galatica, “Saved by the Bell” and “Punky Brewster” are expected on the streamer.