What The Peloton Backlash Says About The D2C Universe 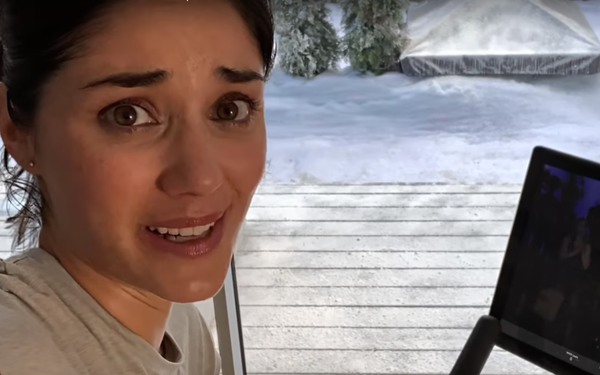 I was half-asleep on the couch when I first saw the Peloton ad, which might have explained my confusion.  “She seems terrified,”  I said to myself, looking at the lemur-wide eyes of the young woman. “That’s not going to sell many bikes.”

But as the furor built in the days that followed, with the social-media hullabaloo severe enough to impact the company’s stock, I had to go back and look at it through a different lens. Why had my first reaction been meh, when so many right-thinking Twitter wags were screaming? Why hadn’t it made me that mad?

I’m chalking it up to a phenomenon I’m calling random consumer righteousness.

Before I explain, let’s dispense with the obvious. Of course, this is a sexist ad -- and probably mean-spirited. We have all  grown up in a world where virtually everything in the diet, nutrition and exercise world focuses on appearance and making women look better.

And I know exercise really makes people feel better and live longer, but that is generally beside the point. From a marketing point of view, it’s all about looks. (I know this. For a short while, I was the editor in chief of a fitness magazine, and am going to hell for all the stupid “Get a bikini-ready body” cover lines I wrote.)

And yes, it’s elitist. Peloton targets people who are tech-savvy and affluent. “Regular” people have messy living rooms, not the airy, uncluttered modern house this woman lives in. They probably can’t afford a $2,500 stationary bike, or even the $40 monthly membership fee that goes with it (even with Peloton’s financing options.)

Most consumers, I suspect, are aware that fitness itself is elitist, and one more emblem of America’s great class divide. Among America’s poorest women, 45.2% are obese. That falls to 29.7% of the country’s most affluent women, according to the latest from the Centers for Disease Control. Exercise has become a privilege.

So we are bombarded by ads that are sexist. Don’t even get me started on all the stupid his-and-her car holiday gift ads. And we’re surrounded by healthy products out of most people’s grasp, whether it’s an Apple Watch, a $350-a-month gym membership or a regular commitment to Soul Cycle at $34 a pop. So why did this wee slip of a Peloton lass stir up such a shitstorm?

Random consumer righteousness, that’s why. While it’s true we’ve all grown up in a world that is sexist and elitist, we’re usually pretty good at tuning it out. What’s changing is that lately, the typical consumer -- at least occasionally -- really thinks about ads instead of zipping through them.

It’s like a marketing Rorschach test. Remember Pepsi, thinking it was hip to put Kendall Jenner in a protest ad? Consumers saw a cheap attempt to trivialize Black Lives Matter. Or Quicken’s Rocket Mortgage’s decision to run a Super Bowl ad that showcased how easy it was to get a mortgage? People read it as careless disregard for the recent financial crisis.

Peloton genuinely believed it was a sales pitch based on personal transformation, and told CNBC it was “disappointed in how some have misinterpreted this commercial.” People hate the message so much they’re making delicious parodies, like @evaandheriud over on Twitter, musing “What kind of a sociopath gets his wife a fucking stationary bike?”

It will blow over, and I doubt it will dampen company sales. In its most recent quarterly results, Peloton says the number of people subscribing to its connected fitness offers grew 103% to 560,000, with a member base of 1.6 million.

But the most important metric, at least to me, is that its churn is low, with a 94% 12-month retention rate. People love their Pelotons.

What the controversy points to, though, is that the world really is changing. However unevenly, we can count on consumers to push back against what they see as unfair. D2C brands like Peloton have to be even more wary. The millennials who are most likely to buy its products are also the most likely to call out callous corporate messaging and behavior.

No, they won’t always raise a ruckus. But the Peloton message for all advertisers is this: Be careful. Sometimes, people really do pay attention.

ad campaign, d2c
3 comments about "What The Peloton Backlash Says About The D2C Universe".
Check to receive email when comments are posted.
Read more comments >
Next story loading