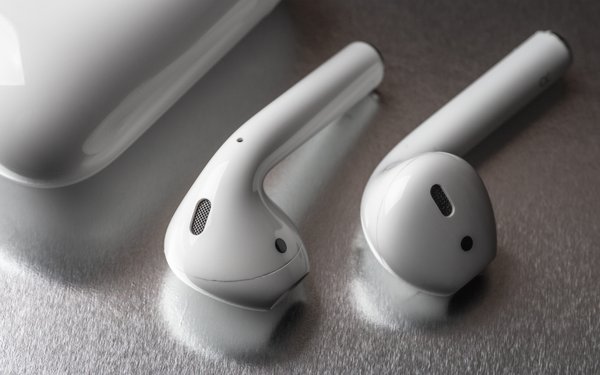 Thanks, in large part, to the success of Apple’s AirPods, so-called “hearables” led third-quarter growth in the wearables market.

That’s according to a new report from International Data Corporation, which defines hearables as wireless gadgets that rely primarily on a user's sense of hearing.

“This began with multiple vendors removing the headphone jack from their smartphones, driving the move toward wireless headphones,” according to Llamas.

Of course, no vendor has benefited more from this trend than Apple and its AirPods.

Over the Black Friday and Cyber Monday weekend alone, analysts predicted the tech titan would sell approximately 3 million pairs of the posh earbuds.

This number came courtesy of Wedbush Securities analysts Daniel Ives and Strecker Backe, who based their estimate on several indicators, including Apple store checks, inventory levels and shortages.

Combined with the sale of the Apple Watch and Beats headphones, strong AirPods sales helped Apple sell more wearables than any other vendor during the third quarter, IDC found.

Between the recent launch of Apple’s AirPods Pro and price reductions on its Series 3 Watch, the gadget goliath will only increase its market dominance, IDC expects.

During the period, “hearables” accounted for nearly half the market, followed by “wrist bands” and smartwatches.

Assisting in the rise of wearables -- and hearables especially -- smart assistants like Apple’s Siri continue to gain traction among consumers, worldwide.

“With multiple form factors and the inclusion of smart assistants, the wearables market is well on its way to becoming a mass market device category rather than one that primarily caters to health and fitness,” according to Jitesh Ubrani, research manager for IDC Mobile Device Trackers.
apple, mobile, wearable technology
Next story loading