'Los Angeles Times' Kicks Off "The State of What's Next" Campaign 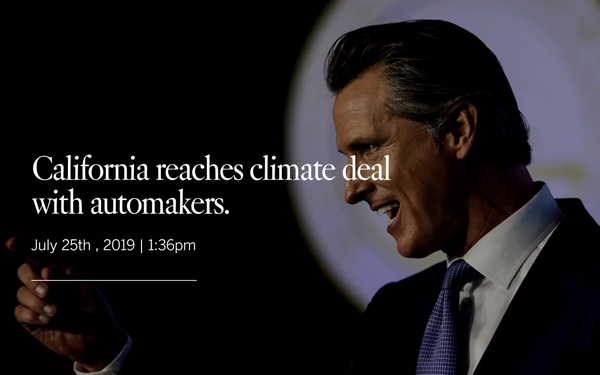 In June 2018, the Los Angeles Times was sold to billionaire Patrick Soon-Shiong by Tronc Media (now Tribune) in a $500 million cash deal. The move marked the newspaper’s return to a local, privately owned entity. (For most of its existence, the LA Times was owned by the Chandler family.)

Now, roughly a year and a half later, the L.A. Times is rolling out a branded campaign with the tagline — “The state of what’s next” — marking its first under new ownership.

The campaign features a series of videos.

A 60-second ad begins with a narrator stating: “The world looks to California to answer the hard questions.” Other components of the campaign include a 30-second television and video spot and seven-second vertical spots aimed at social media, advertising news, politics, entertainment, food and sports.

Original photography and video shot by L.A. Times staff fills out the campaign.

The ads are intended to highlight the value of trustworthy, fact-based reporting and maintaining journalism with integrity. The focus begins with greater Los Angeles and encompasses the wider world.

Across its newsrooms, the outlet has added more than 125 new employees as it continues to invest in its journalism.