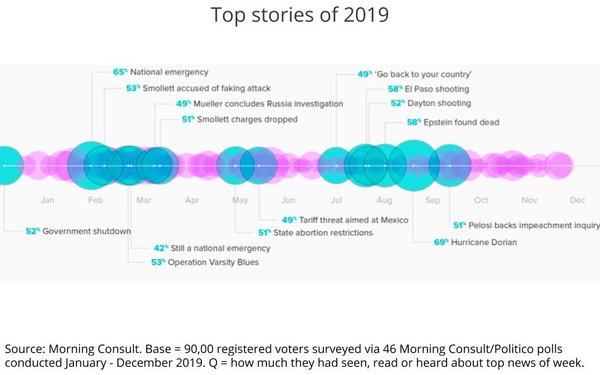 This visualization, a representation of the "top news stories" of 2019 based on Morning Consult/Politico's weekly tracking polls of registered American voters, shows that national disasters trump politics, even when tabulated based on party affiliation (see below). "Hurricane Dorian" ranked No. 1 overall and among both Democratic and Republican voters.

The President's invocation of a "national emergency" to commandeer resources to build his border wall ranked No. 2.

After that, the ranking gets mixed based on party affiliation.

A full analysis can be accessed here. 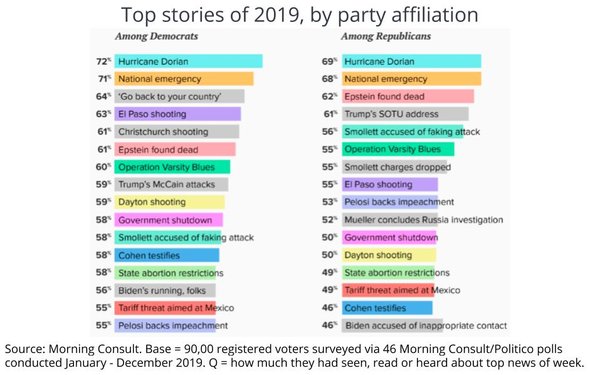