Top Editors At 'Out,' 'The Advocate' Exit 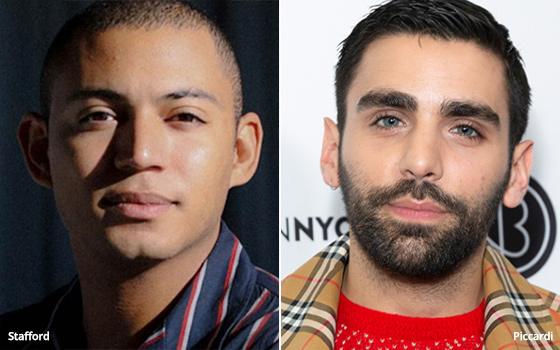 The editor-in-chiefs at two of Pride Media’s LGBTQ magazines are exiting, according to multiple reports.

Phillip Picardi, the editor of Out, and Zach Stafford, editor of The Advocate, are stepping down.

“This journey has been shorter and more complex than I hoped, but it has been an honor to helm this title, and a deeper honor to lead such an incredibly talented team of LGBTQ+ people,” Picardi wrote on Twitter.

A year ago, he came to Pride Media from Teen Vogue, where he was Chief Content Officer. It was a big move — many reportedly saw Picardi as part of a new, young generation of leadership at Conde Nast.

Stafford was named the first black editor-in-chief of the 50-year-old The Advocate last December.

Reece stepped in to lead Pride Media after Nathan Coyle, who was the former CEO of interior design media company Domino Media Group, left the company after less than a year as CEO of Pride.

Pride Media has been plagued by a payment controversy. Former contributors to Out have complained about not receiving payment, or receiving it late, as did new staffers and freelancers at Pride.

Earlier this year, a $10 million lawsuit was slapped on McCarthy Media, owned and operated by Evanly Schindler, the previous owner, by Pride Media, which claims it is being blamed for the late payments.

In June, Pride Media announced it had obtained new funding from its existing investor base. The company stated at the time that it planned to use the new funding “for its continued growth and to clear up aging payables, due to its freelancer and traffic partners.”

“We made several bad decisions over the past year and found ourselves out of sync with some of our partners, vendors and collaborators,” Adam Levin, chairman of Pride Media, said at the time. “In an effort to correct this, and in celebration of Pride month, we’re pleased to announce this financing from new and existing investors.”