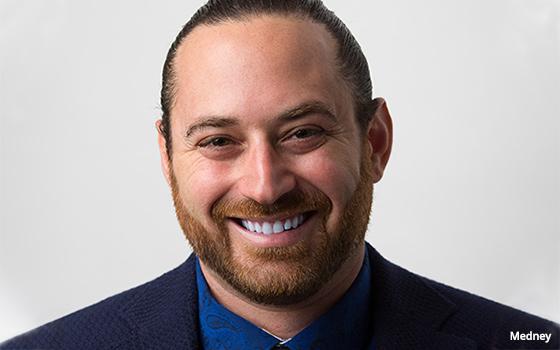 Medney succeeds Jeff Krelitz, who sold his ownership interest and left the company.

"The only thing constant with Heavy Metal magazine is change. From the early days of National Lampoon and Julie Simmons-Lynch to Kevin Eastman's run to the direction Grant Morrison and I took it in, each has brought their own stimulating aesthetic and unique voice to the magazine. I'm really excited to see what new places Matt takes it," Krelitz stated.

Heavy Metalwas founded in 1977 and publishes six times a year.

Medney is the founder-CEO of comic book publishing company, Herø Projects. He will remain in this role while running Heavy Metal.

“As an author and novelist himself, he will bring his creator-first sensibility to Heavy Metal, where he will focus on building a community-driven company, as well as collaborate with partners that support the core values of the Heavy Metal brand,” according to the company.

Medney will focus on broadening the brand's reach on a variety of platforms, including television, film and consumer products. He will also work to enhance the print experience.

“Where the audience and fan community is today, it has more potential than ever before to expand beyond the printed pages,” Medney stated.