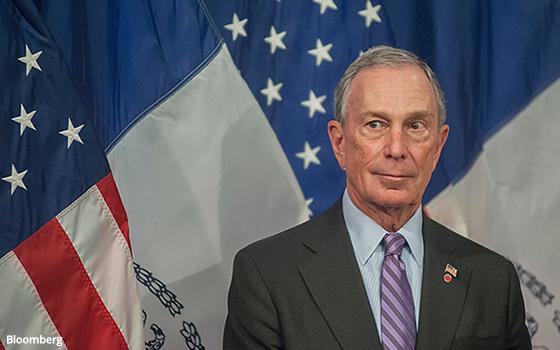 The Houston Chronicle will no longer use Bloomberg News wire stories, which it has done "for years," on the 2020 presidential campaign, executive editor Steve Riley wrote in an op-ed on the Chronicle's site.

Bloomberg News recently made an editorial decision to not investigate its owner, Michael Bloomberg, who is running for president, or the other Democratic contenders.

Riley called the move an "inexplicable decision" to "not cover its boss seriously."

"It will not cover candidate Bloomberg with the same vigor with which it pursues revelations about President Donald Trump. The same soft treatment awaits other Democrats in the race: No serious journalism to come from Bloomberg News," he wrote.

Riley sent a memo to Chronicle editors this week (first reported by The Washington Post), in which he said: "We shouldn’t publish Bloomberg News’ stories on the campaign, and we should look closely before publishing any of the news service’s energy stories if they involve Trump administration policies. End of story."

Riley continued in his op-ed: “Some readers who wrote to me this summer judged us harshly simply because we published stories from The New York Times or the Post. Using stories from those publications gives our paper a richer blend of news; both have largely distinguished themselves with probing reporting nationally and internationally, with stories aimed both at the president and his Democratic opponents."

He concluded: "The key is that they, and we, often publish probing stories about the folks who are in charge, or who want to be in charge. Journalists should not choose targets based on their political affiliation. That’s why we won’t be publishing Bloomberg News’ work on the presidential campaign.”